Pramod Bhagat on Saturday brought first gold for India after he defeated Great Britain's Daniel Bathell 2-0 in the Men's Singles SL3 final at the Tokyo Paralympic Games on Saturday.

With badminton making its debut at the Paralympics this year, Bhagat, the current world No. 1, thus became the first Indian to win a gold medal in the sport.

An ecstatic Bhagat after closely defeating his Great Britain opponent joyously ran towards his coach, hugged him and celebrated his victory. Take a look at the video below:

Bhagat and his partner Palak Kohli will square off against Japanese pair of Daisuke Fujihara and Akiko Sugino in the bronze medal play off on Sunday. They had lost the semifinals 3-21 15-21 to the Indonesian combination of Hary Susanto and Leani Ratri Oktila earlier in the day.

Bhagat, the 33-year-old from Bhubaneswar who contracted polio at age four, defeated the Briton 21-14, 21-17, coming back from 4-9 deficit in the second game to claim his first gold medal as badminton made its Paralympic Games debut at Tokyo.

On Saturday, he had reached the final by beating Japan's Fujihara Daisuke in straight games.

Bhagat, the top-ranked player in the world, is the reigning World Champion in SL3 class having won the title by beating Bathell in the final in Basel, Switzerland in 2019.

He also had started his career as a badminton coach but took a break in 2019 to focus on Tokyo Paralympics qualification.

In 2019, he received the Arjuna Award and Biju Patnaik Award for Excellence in Sports in India.

On the other hand, today, shuttler Manoj Sarkar won a bronze medal after defeating Japan's Daisuke Fujihara in the men's singles SL3 event at the Yoyogi National Stadium Court 3.

The first game went back and forth, but it was Sarkar who managed to hold his own, winning it 22-20. 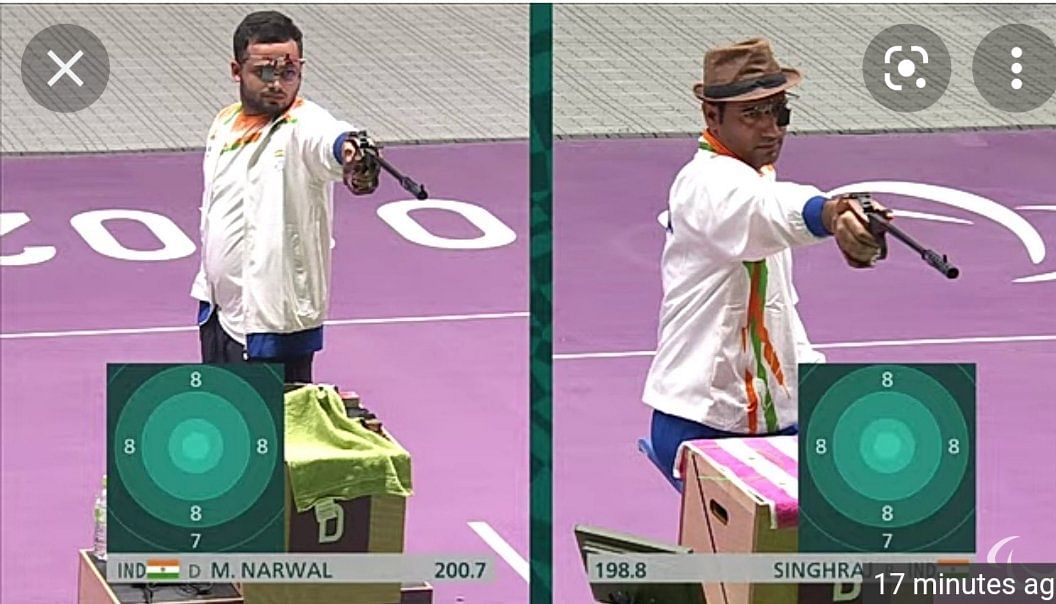