After registering a thrilling three-run win over West Indies in the first ODI at Queen's Park Oval, India leg-spinner Yuzvendra Chahal stated that the team had confidence of a victory with the way pacer Mohammed Siraj was delivering his yorkers.

Siraj had to defend 15 runs in the final over to give India a victory in the ODI series opener. He produced five yorkers in the final over to choke the big-hitting all-rounder Romario Shepherd, conceding just 11 runs to give India a narrow victory and take 1-0 lead in three-match series. India were also helped by the fact that wicketkeeper Sanju Samson dived full-length to his left to save four byes, conceding just a wide.

"We had full confidence (of a win). The way Siraj was bowling his yorkers, that we could defend 15 runs in the over. It was because a couple of overs earlier, I think he missed just one or two yorkers. But there is always a bit of pressure, especially the way they were batting as one hit could have changed the match. When Sanju (Samson) made that stop off the wide, our confidence increased further," said Chahal in the post-match press conference.

Chahal, the lead spinner, provided huge breakthroughs for India when he dismissed Brandon King and Rovman Powell in his spell of 2-58 in ten overs. "I always back my strengths. I knew that the ball had got old and I could beat the batsmen with turn. So, I was changing my lines and bowling wider as the leg-side boundary was a bit shorter. So, I thought that it is better if I try to get them to hit over cover."

Chahal also credited the Indian Premier League (IPL) for giving him the confidence to bowl overs in the last ten overs phase of the innings. "I have bowled a lot in the 16th, 17th and 18th overs in the IPL so that has given me confidence. In ODIs, my role has been made clear that I will bowl two-three overs after the 40th over. So I plan accordingly in the nets and sit down with the bowling coach to plan things."

Chahal remarked that there was no pressure on the young Indian bowling attack in the series in absence of pace spearhead Jasprit Bumrah and Mohammed Shami. "There wasn't much pressure. If you see overall (record) of all, everyone's played a lot of matches, either in IPL or first-class cricket. Seeing their record, you can't say that they were an inexperienced bowling line-up."

For the West Indies, who finally managed to bat their full quota of overs, they had contributions from King and Kyle Mayers making fifties while Shepherd, Shamrah Brooks, Akeal Hosein and captain Nicholas Pooran chipped in with contributions as well.

"Credit should be given to their batsmen as well, the way they batted in the middle order. The wickets weren't falling but we knew if we even get one or two, the pressure would be automatically on them again.

"After such a match, Siraj and the other bowlers' confidence will increase a lot because it was a small ground and they have big hitters so it was not easy to defend. Even if 60 are needed off the last six (overs), we know that three-four big hits can do it. I think we gave away 10-15 extra runs but we will learn from it," concluded Chahal. 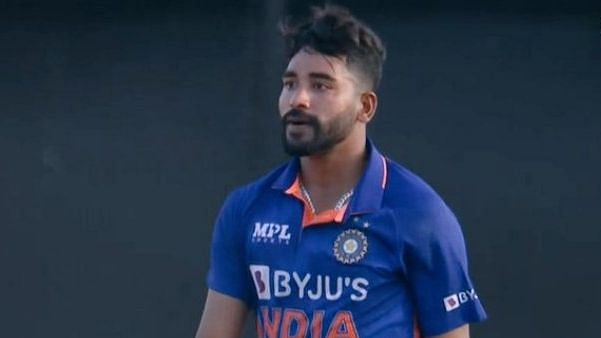