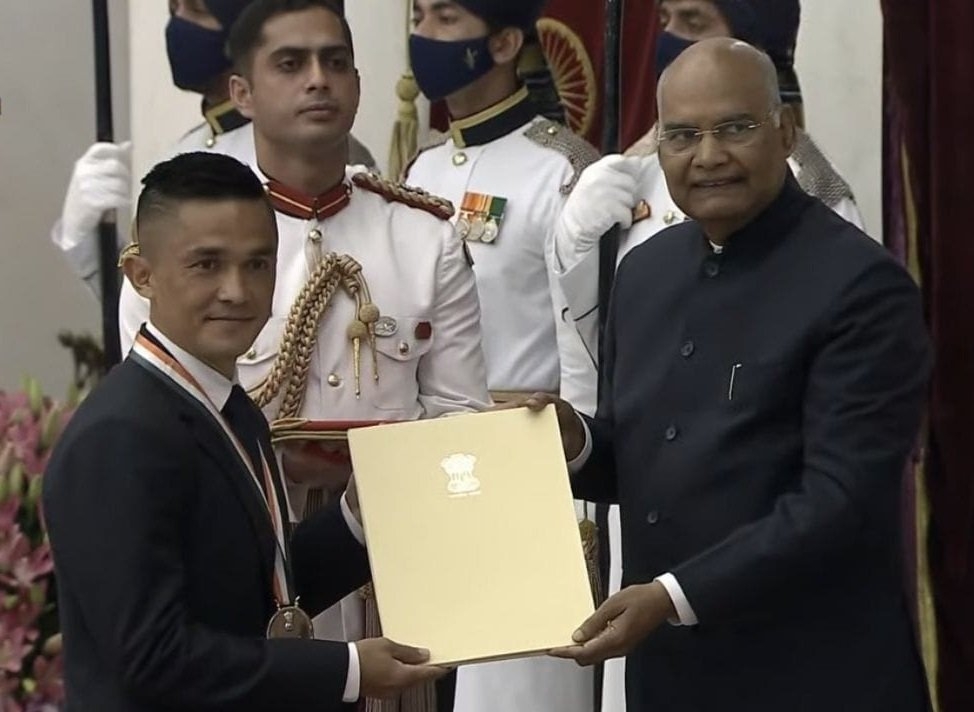 Sunil Chhetri, India Men's Senior National Football team captain, received the Major Dhyan Chand Khel Ratna Award by President Ram Nath Kovind on Saturday. The Indian footballer is undoubtedly one of the greatest in the country as with 80 goals, he is currently tied with six-time Ballon d'Or winner Lionel Messi for second place in the international goalscorers list among active footballers.

A total of 35 Indian athletes have been awarded the Arjuna Award which includes members of the Indian Hockey Team which won the Bronze medal at the Tokyo Olympics earlier in the year.