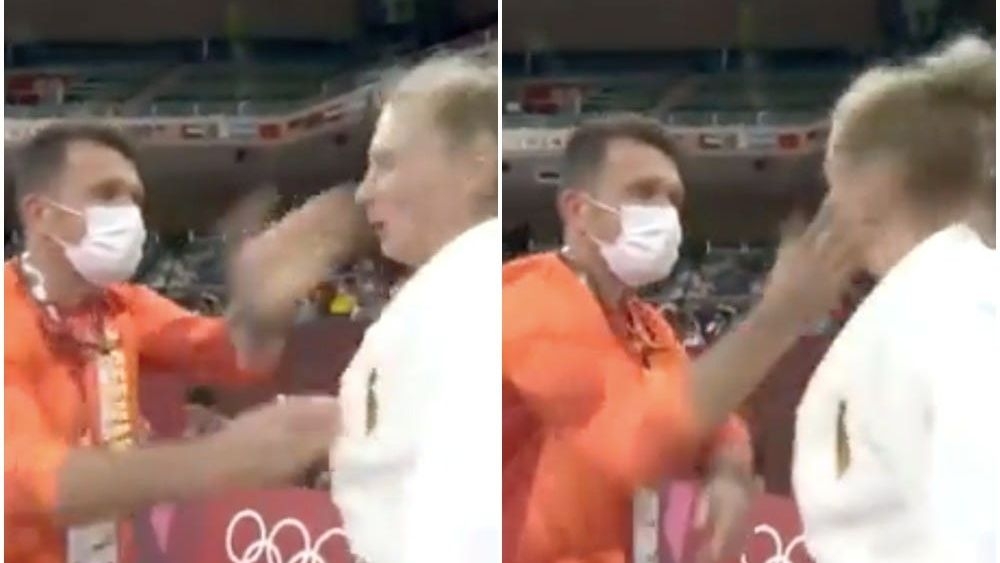 Tokyo, July 28: The International Judo Federation (IJF) on Wednesday issued a "serious official warning" to a German judo coach after he was seen slapping and shaking judoka Martyna Trajdos ahead of her Round of 32 match in the women's 63kg category on Tuesday.

"The IJF addressed a serious official warning towards the German coach, concerning the bad behaviour he showed during the competition," Judo's governing body said on Twitter.

"Judo is an educational sport and as such cannot tolerate such behaviour, which goes against the judo moral code. #respect," added the tweet.

In the clip which has gone viral on Twitter, Martyna stops and turns towards her coach Claudiu Pusa. He shakes her back and forth before slapping her on both sides of the cheeks. The clip gives a look of Pusa trying to motivate Martyna before she took to the tatami.

The German nodded and marched towards the mat for her fight. The 32-year-old, who was the 2015 European champion and a Worlds bronze medallist two years ago, was beaten by Hungary's Szofi Ozbas through 'Waza-Ari'.

The result led to Martyna being eliminated from the competition. But the clip of her pre-match ritual was picked up by TV cameras, leading to many concerns for her well-being.

Martyna, in response, defended her coach through Instagram and insisted he was only doing what she asked of him.

"Look's like this was not hard enough! I wish I could have made a different headline today. As I already said that's the ritual which I chose pre competition ! My coach is just doing what I want him to do to fire me up!" read her post on Instagram.

Posting a video of the ritual through two stories, Martyna wrote, "Don't worry guys! That's the ritual which I chose before fights! My coach is just doing what I want him to do to fire me up!"

Her second story said, "This is what I asked my coach to do! So please don't blame him!!! I need this before my fights to be awake."