Warner, after enduring a draught of runs for sometime, scored an important half-century that played a key-role in Australia's win over Sri Lanka.
FPJ Web Desk 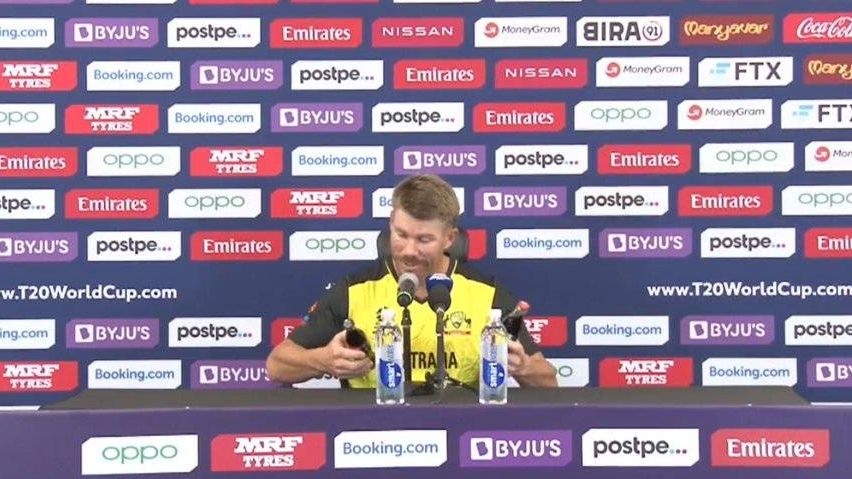 Before the start of the press conference, the Australian opener removed the Coca-Cola bottles off the table and then he asked, "Can I remove this?".

In reply, he was asked to put them back, to which he responded, "If it is good for Cristiano, it's good enough for me." Notably, Ronaldo had done the same thing in a pre-match conference at the Euro 2020 ahead of Portugal's opening game against Hungary where he removed the two Coca-Cola bottles kept on the table during the presser and urged people to drink water.

Warner, after enduring a draught of runs for sometime, scored an important half-century that played a key-role in Australia's win over Sri Lanka.

He silenced his critics in style hitting a brilliant 65 off 42 that guided Australia to a second win on the trot in their Super 12 group in the ICC Men's T20 World Cup.

Australia will next take on arch-rivals England at the Dubai International Stadium on Saturday, 7:30 pm (IST) in the marquee event.