Veteran India spinner Ravichandran Ashwin has a been a match-winner for India over these years and has excelled for the Men in Blue in the ongoing T20 World Cup Down Under.

The off-spinner has a unique way of identifying his cricketing gear too.

In a video shared by a user on Twitter, Rohit Sharma can be seen speaking during the toss during their in the final Super 12 encounter against Zimbabwe at the MCG. While the Indian captain was talking, Ashwin was seen collecting his jersey from the ground. Finding two similar jersey, the tweaker sniffs both the jerseys and after identifying his own, he throws the other one down and leaves.

This is the right way to find your clothes pic.twitter.com/a9YSakerU4

Suryakumar Yadav played yet another breathtaking knock of an unbeaten 61 from 25 balls followed by superb bowling from the bowlers helped India bundle out Zimbabwe for 115 to clinch a 71-run win in their final Group 2, Super 12 match of the ongoing ICC T20 World Cup at Melbourne on Sunday.

India closed out the Super 12s with a comfortable win to top their group - they will play England in Thursday's semi-final at Adelaide. With four wins out of their five matches, India have 8 points.

Suryakumar's stunning knock was decorated with six fours and four sixes. India were three important wickets down when SuryaKumar and Hardik got together to build a 66-run partnership to take India over 180.

Talking about Suryakumar Yadav's knock, Ashwin said, "He is free-spirited, he isn't any spring-chicken even if he is relatively new to international cricket. As a bowler we always want runs to defend and he provides that. Some of the leg sweeps he played were terrific." Ashwin excelled with three wickets for 22 as India bundled out Zimbabwe for 115 and clinched a 71 runs win.

"It felt good (to get those wickets) and obviously it helps improve the confidence. I am not for numbers, I do the process and it felt nice," Ravichandran Ashwin said in a mixed media zone. 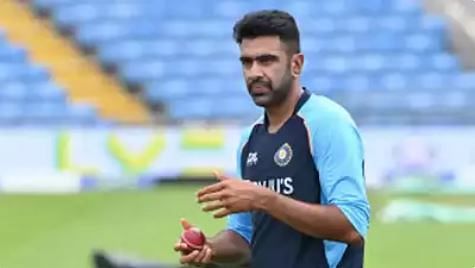