The disappointment of missing out on a World Cup title was evident when Ronaldo was seen in tears after the final whistle was blown, he walked back to the tunnel in tears

Cristiano Ronaldo's fans in India were left heartbroken after the Portugal star's FIFA World Cup 2022 ended with a disappointing loss to Morocco in the quarterfinals recently.

Morocco scripted history on Saturday by becoming the first African nation to qualify for the last four of the World Cup after defeating Portugal 1-0 in the quarterfinal.

Ronaldo's chance to win a World Cup title at the FIFA World Cup 2022 may have been his last, and the 37-year-old will have to leave empty-handed after Portugal's elimination from the competition.

The disappointment of missing out on a World Cup title was evident when Ronaldo was seen in tears after the final whistle was blown, he walked back to the tunnel in tears.

Now, a video of Ronaldo fans in India vented their frustration by vandalising a life-size poster of the footballing great.

Ronaldo fans in India after a disappointing World Cup run from their idol 😭😭😭 pic.twitter.com/12LLNZmMxc

Meanwhile, Ronaldo acknowledge that his dream of winning the World Cup with Portugal is over after the team's elimination from football's showpiece tournament in Qatar.

"Winning a World Cup for Portugal was the biggest and most ambitious dream of my career," Ronaldo said in an Instagram post on Sunday. "Fortunately, I won many titles of international dimension, including for Portugal, but putting the name of our country on the highest level in the world was my biggest dream."

"I fought for it. I fought hard for this dream," said Ronaldo, who is currently without a club after leaving Manchester United by mutual consent in November.

"I've scored in five World Cups over 16 years, always alongside great players and supported by millions of Portuguese people, I gave my all. I left everything on the pitch. I never turned my back on the fight and I never gave up on that dream.

"Unfortunately, yesterday the dream ended. I just want everyone to know that much has been said, much has been written, much has been speculated, but my dedication to Portugal has not changed for an instant. I was always one more person fighting for everyone's goal and I would never turn my back on my teammates and my country.

"For now, there's not much more to say. Thank you, Portugal. Thank you, Qatar. The dream was beautiful while it lasted...Now, I hope that time can offer the best advice and allow everyone to draw their own conclusions." 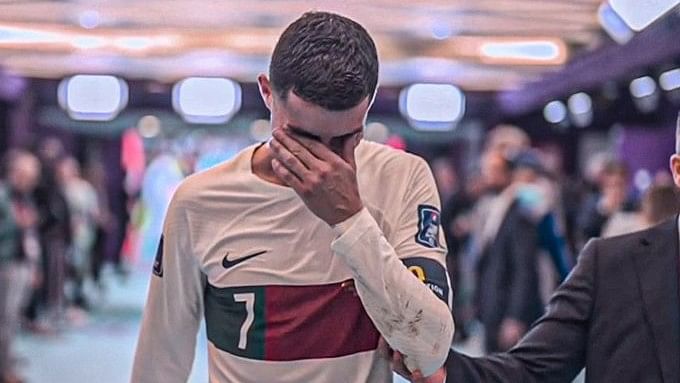