US Open: Novak Djokovic edges closer to a Calendar Slam as he beats Matteo Berrettini to enter semis

The 34-year-old Serb is chasing a Calendar Slam after having won the Australian Open, French Open, and Wimbledon earlier this year.

New York: World number one Novak Djokovic on Thursday progressed into the semi-finals of the ongoing US Open after defeating Italy's Matteo Berrettini 5-7, 6-2, 6-2, 6-3 in the quarter-final match here at the Arthur Ashe Stadium. Djokovic will now take on Tokyo Olympics gold medallist, Germany's Alexander Zverev in the semi-finals.

The first set kept oscillating between Djokovic and Berrettini and it was the latter who came out victorious in the first set, bagging it 7-5.

However, Djokovic in a brilliant display of his class, put forward his A-game in the next two sets, taking them 6-2, 6-2, as he was just one more set away from sailing into the semi-finals of the ongoing Grand Slam.

The Serbian carried onto his momentum and sealed the fourth set, winning the contest as he moved a step forward in a quest for a Calendar Slam after clinching the Australian Open, French Open and Wimbledon earlier this year.

Read Also
US Open 2021: Novak Djokovic, Daniil Medvedev, Stefanos Tsitsipas among favourites - A look at all... 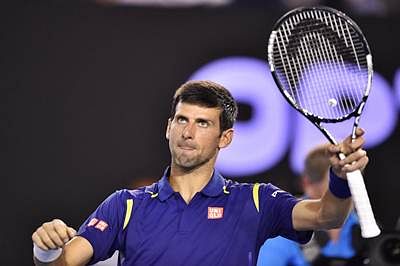