The 18-year-old from Britain became the first qualifier, male or female, to ever progress to a major final.
IANS 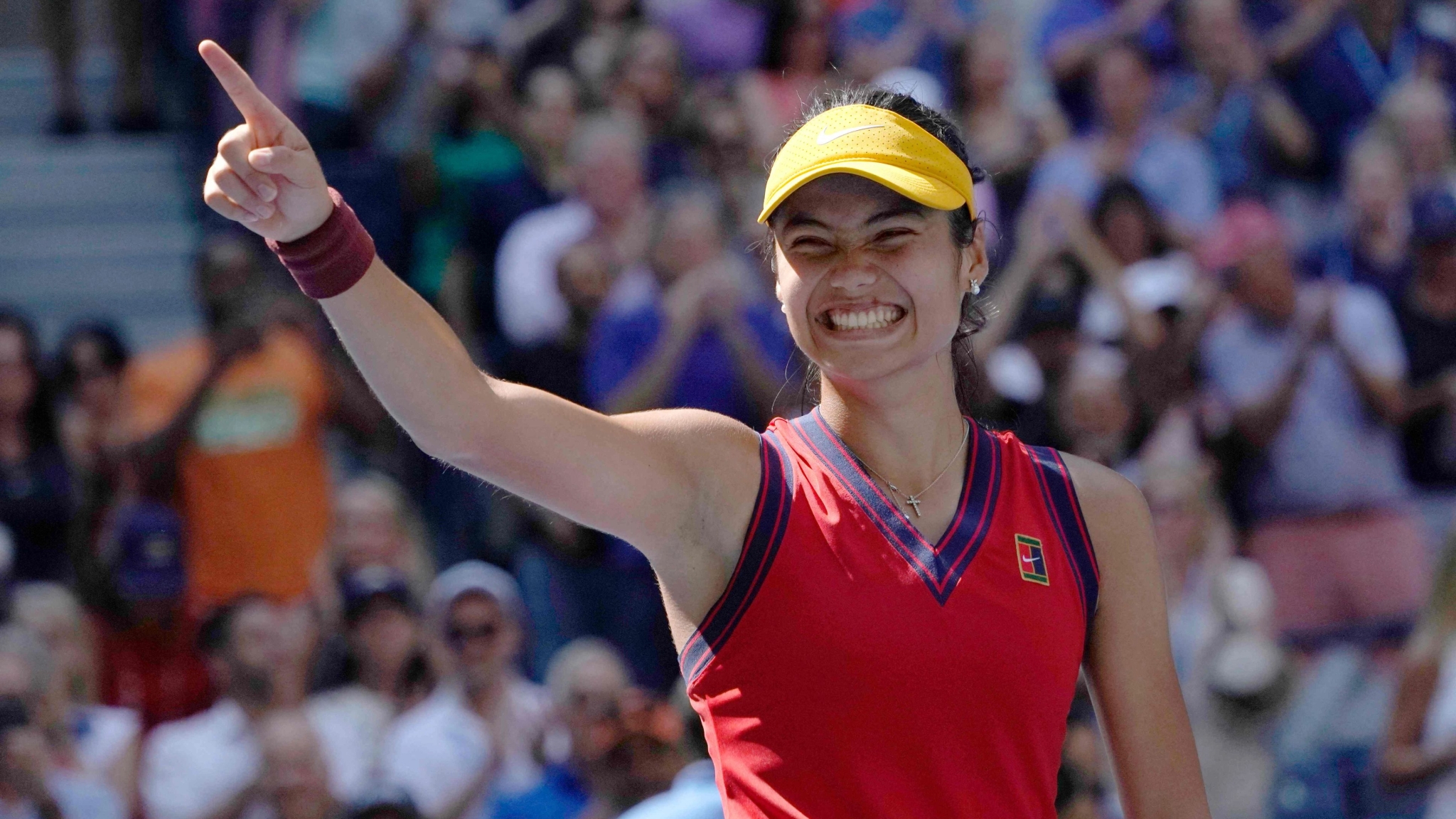 New York: Great Britain's Emma Raducanu continued her brilliant run at Flushing Meadows, beating Greece’s Maria Sakkari 6-1, 6-4 in the semifinals to break in to her first major final at the US Open on Friday (IST). The 18-year-old became the first qualifier, male or female, to ever progress to a major final.

The teenage sensation will take on another teen, Leylah Fernandez (19-year-old) from Canada for the summit clash on Saturday, in the first all-teenage major final since 1999 US Open where Serena Williams defeated Martina Hingis.

Appearing in just her second Slam and making her US Open debut, Raducanu has not come close to losing a single set through six matches.

Riding on victories over Olympic gold medallist Belinda Bencic in the quarterfinals and Sakkari in the semifinals, the 150th-ranked Brit clinched back-to-back top-20 wins for the first time in her career.

Sakkari bagged a spot in her second major semifinal of the season with a brilliant pair of top-10 victories over 2019 champion, Canada’s Bianca Andreescu and the Czech Republician world No.4 Karolina Pliskova.

The 26-year-old from Greece walked into the match full of confidence, particularly after her exhilarating straight-set victory over Pliskova in the quarterfinals, a contest in which she never faced a break point.

While Sakkari had advanced to her first major semifinal just three months ago at the French Open, where she came within a point of the final, Raducanu was attempting to make her first tour-level final. The teen participated in her first WTA tournament on the grass of Nottingham in June, and in her maiden Grand Slam at Wimbledon, she advanced to the Round of 16.

Raducanu had a great summer with a run to the final of the WTA 125K in Chicago last month and not having lost a set of tennis since. On Monday, she will end Johanna Konta's 310-week reign as the No.1 British woman, with a chance to rise to No.24 if she clinches the title clash.

The major moments came early in the match, as Sakkari gained a total of seven break points across Raducanu's first two service games, but failed to convert. Instead, it was Raducanu breaking Sakkari in her first service game before racing a 5-0 lead. Having squashed Sakkari's early chances and the Greek struggling to find her range off the ground, Raducanu never faced a break point for the remainder of the contest.