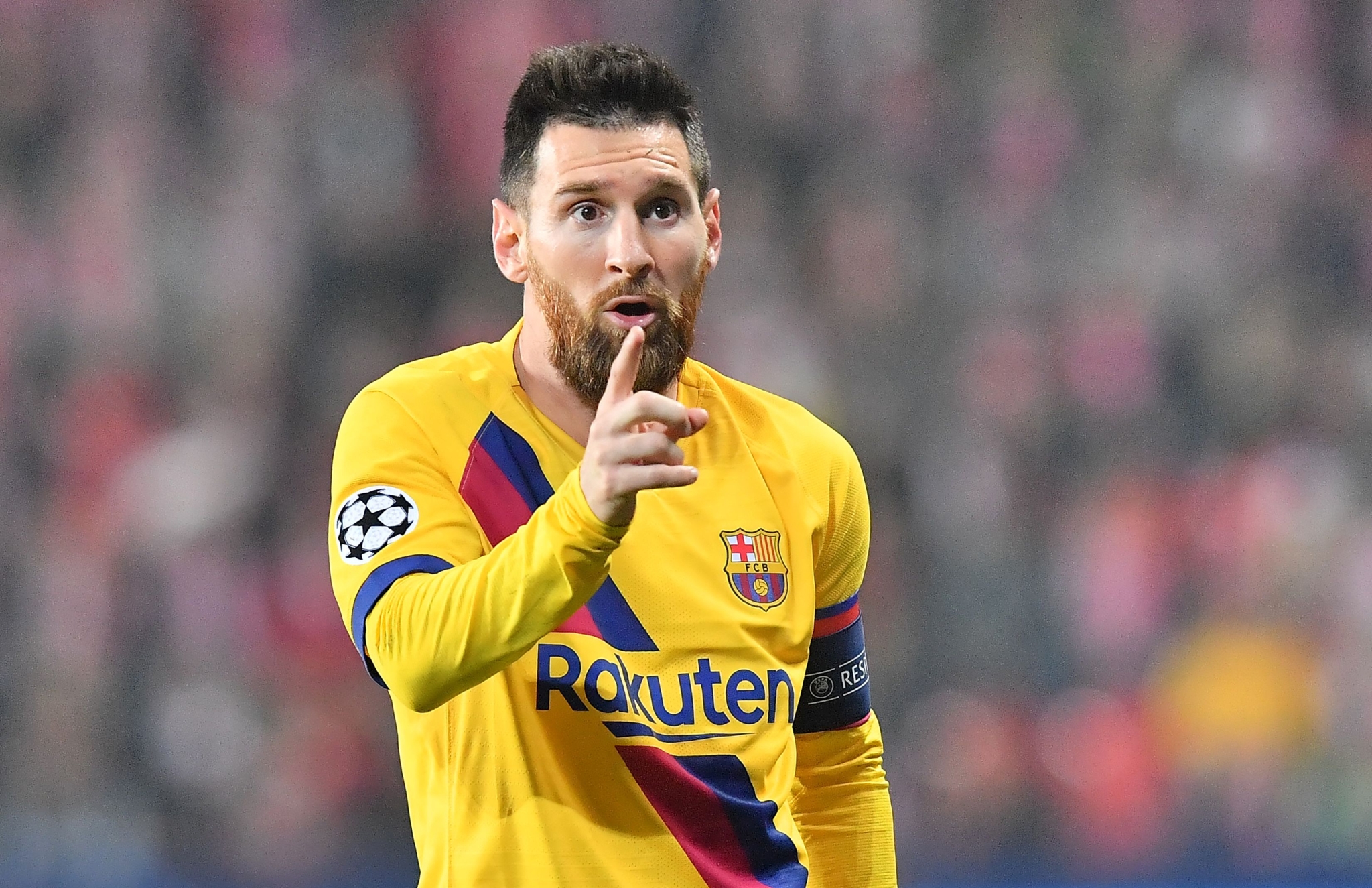 Messi opened the scoring after three minutes, beating Slavia goalkeeper Ondrej Kolar with a low left-footed shot to become the first player ever to score at least once in 15 consecutive Champions League seasons.

The 32-year-old Argentinian first robbed midfielder Petr Sevcik outside the Slavia box before an exchange with Arthur put him neatly through the static Slavia defence.

Barca earned a second on 57 minutes when Slavia winger Peter Olayinka deflected a Luis Suarez close-range shot from an impossible angle into his own net as the hosts failed to clear Messi's free kick.

Olayinka sealed Barca's sixth straight competitive win but deprived Suarez of a goal that would end his four-year drought in away games in European cup competitions. Before that, left-back Jan Boril equalised for Slavia five minutes after half-time, capitalising on a superb pass threaded by Lukas Masopust that found him one-on-one with goalkeeper Marc Andre ter Stegen.

Barcelona top Group F with seven points from three games and are three ahead of Inter Milan who beat Borussia Dortmund 2-0. Slavia sit at the bottom with a single point. "The result could have been better, but Slavia took risks, they played very well and made us defend a lot," said Barcelona coach Ernesto Valverde.

"We started very well, we dominated the game, but we also lost the ball a few times and they threatened, they really made us suffer because when they struggle, they boost their offence and that's exactly what they did today."

He added, "We are at the top of the table and we play the next two games at home. They will show us where we are." Commenting on Messi making history, Valverde said: "It is really an incredible record. I hope Leo will continue to do well."

Slavia coach Jindrich Trpisovsky bemoaned Slavia's bad luck with the ugly second goal. "It's a shame to lose with a goal like this," he said.