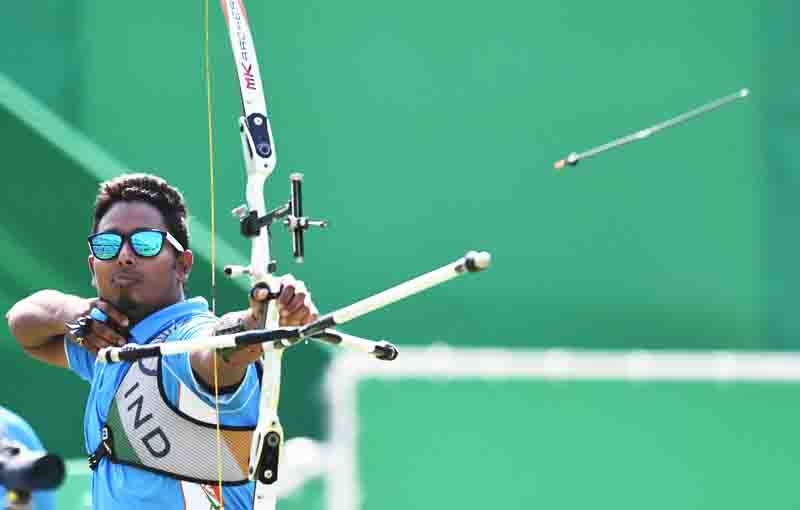 The Indian trio of Pravin Jadhav, Atanu Das, and Tarundeep Rai has been seeded 9th in the men's team event after a disappointing display in the men's individual archery ranking round here at the Yumenoshima Ranking Field on Friday.

The team will now face a stiff challenge against the Kazakhstani team of Abdullin Ilfat, Gankin Denis, and Mussayev Sanzhar on July 26 in the first elimination round. Should the Indian team defeat Kazakhstan, they will face an uphill task in quarters against the archery giants South Korea.

Talking about the top seed in the team competition, there are no surprises as the Republic of Korea topped the charts with 2049 points, ahead of Netherlands (2012) and China (2011).

And, in the brand-new mixed team competition, the score of each nation's top female and top male archer are added to determine the ranking round results. With Rep. Korean archers leading both categories, they also top that leaderboard on 1368 points, with USA (1350) second and hosts Japan (1343) third.

Republic of Korea's Kim Je Deok ended up scoring 688 points to lead the field in the men's ranking round in the archery competition, setting up a round-of-32 clash with Malawi's David Areneo. Brady Ellison (USA) hit a run of good form in the final few ends to move up into second on 682, ahead of Oh Jinhyek (681) and Kim Woojin (680).

India's top hope in men's event, Atanu endured a challenging day as he kept moving up and down the leaderboard throughout the event. The 29-year-old started his day well but was down to 29th place after he was not able to hit a 10 in fourth, meanwhile Jadhav gained his ground to 30th in the same round. At the end of the first half, Pravin Jadhav moved ahead of Atanu on the basis of more 10s however Tarundeep stayed at 45th position with 323 points.

Pravin Jadhav further gained momentum in the second half but was later pushed down the order with strings of 9s and a couple of 8s. All 64 men and 12 teams at the Olympics advance to the matchplay phase of the competition.