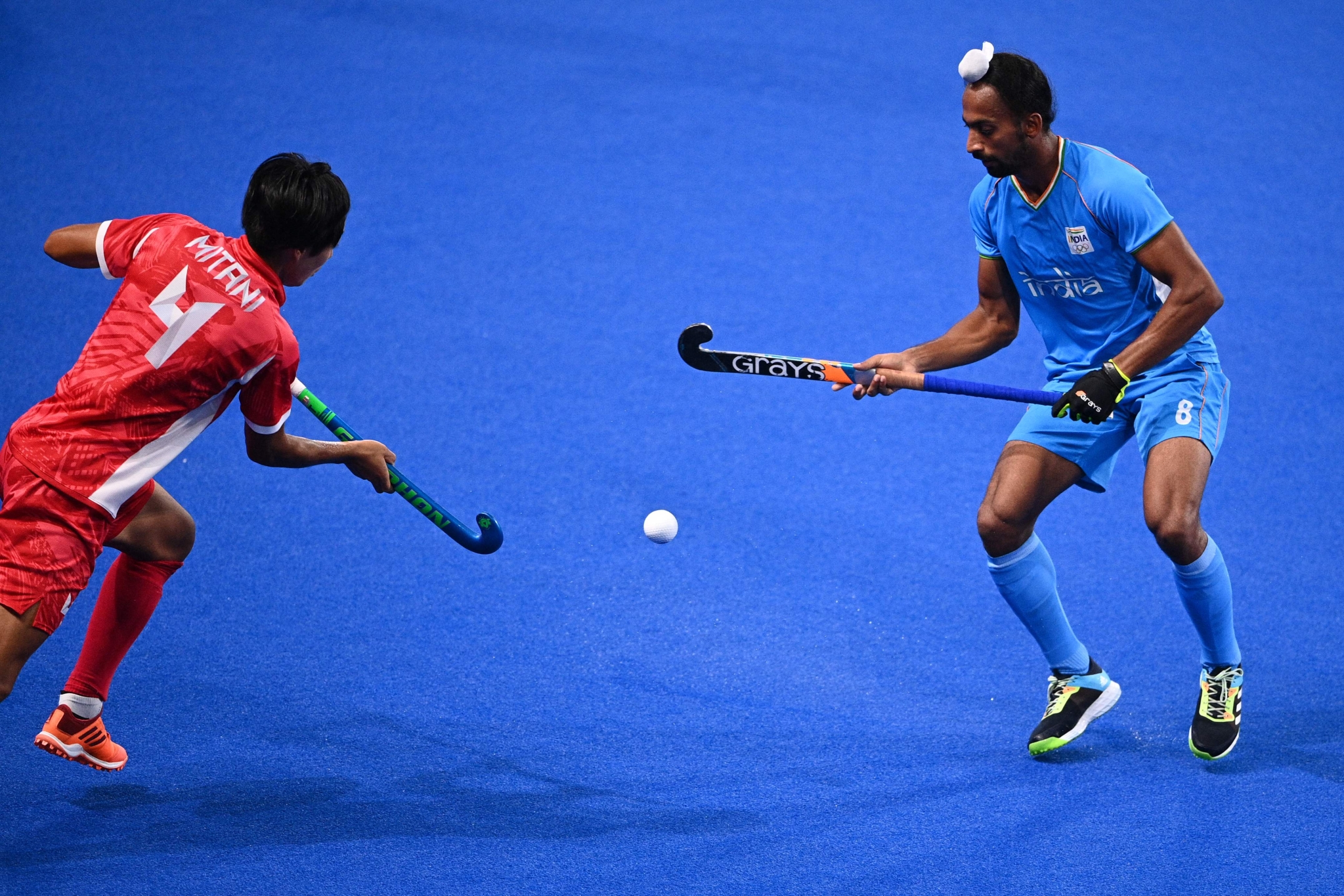 Tokyo: Striker Gurjant Singh was twice on target as India comfortably outclassed hosts Japan 5-3 on Friday to complete their pool proceedings with four victories after having already sealed a quarter-final berth in the ongoing Olympics.

Kenta Tanaka (19th), Kota Watanabe (33rd) and Kazuma Murata (59th) were the goal getters for Japan, who were already knocked out of the last-eight race ahead of Friday's tie.

By virtue of this win, India finished second in Pool A behind Australia with four victories out of five matches.

The Kookaburras ended their pool engagements on top with four wins and a draw.

India's lone defeat, a 1-7 drubbing, came at the hands of Australia.

The top four teams from each pool of six qualify for the quarterfinals.

Looking to keep their winning run intact, the Indians went on the offensive from the beginning and penetrated the Japanese attacking third on several occasions.