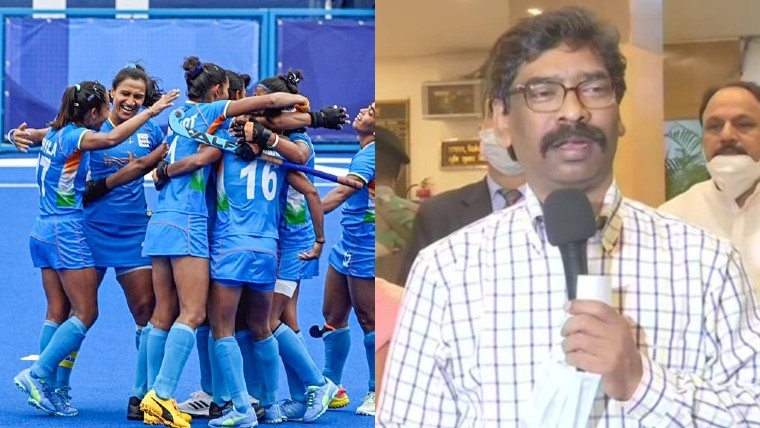 Jharkhand Chief Minister Hemant Soren on Friday evening announced Rs 50 lakh each to all members of the Indian women's hockey team who participated in the Tokyo Olympics 2020, reported news agency ANI. Their ancestral houses will be rebuilt into 'pakka houses', he added.

Besides, the Haryana government will honour the nine Indian women's hockey team players from the state with a cash reward of Rs 50 lakh each, Chief Minister Manohar Lal Khattar.

Moreover, the governments of Mizoram and Manipur have also declared cash awards and other incentives for Lalremsiami (Mizoram) and Sushila Chanu (Manipur), both members of the women's hockey team.

Mizoram Chief Minister Zoramthanga said that the state's hockey star Lalremsiami would be offered a government job and a plot in her hometown. "Govt of Mizoram has sanctioned Rs 20 lakh for her preparation, will reward her with another Rs 25 lakh cash incentive for her participation at the Tokyo Olympics 2020," the Chief Minister said in a tweet. 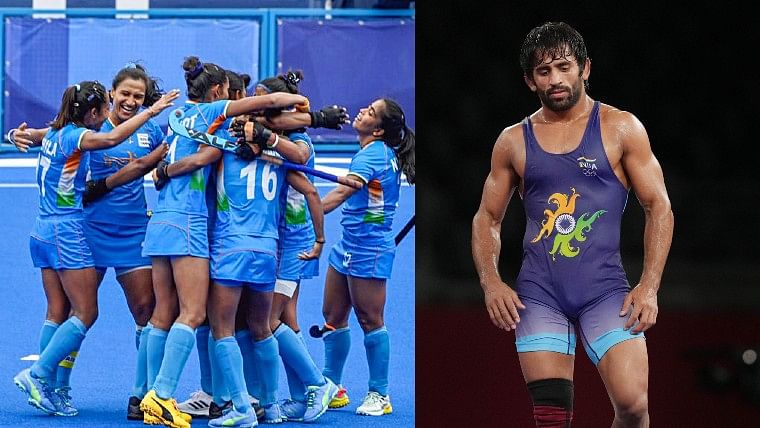 In Manipur, Chief Minister N. Biren Singh spoke to Sushila Chanu, 29, over phone and congratulated her and the women's hockey team. He tweeted: "I congratulated the team for their stellar performance and shared the news about the fitting tribute given by PM Narendra Modi Ji to hockey legend Major Dhyan Chand, by naming the Khel Ratna Award after him."

An official of the Sports Department said that the Chief Minister during his conversation with Sushila Chanu assured to develop logistical facilities and astroturf for the benefit of the hockey players from Manipur.

Earlier in the day, the history-making Indian women's hockey team's dream of securing its maiden Olympic medal remained unfulfilled as it lost 3-4 to Great Britain in a hard-fought bronze play-off but the stout-hearted side managed to record its best ever finish at the Games today. The team had already created history and surpassed all expectations by entering the semifinals of the Games for the first time. But the maiden Olympic medal remained out of bounds as world no.4 Great Britain, who were gold-winners in the 2016 Rio Games, came out on top in the pulsating encounter.