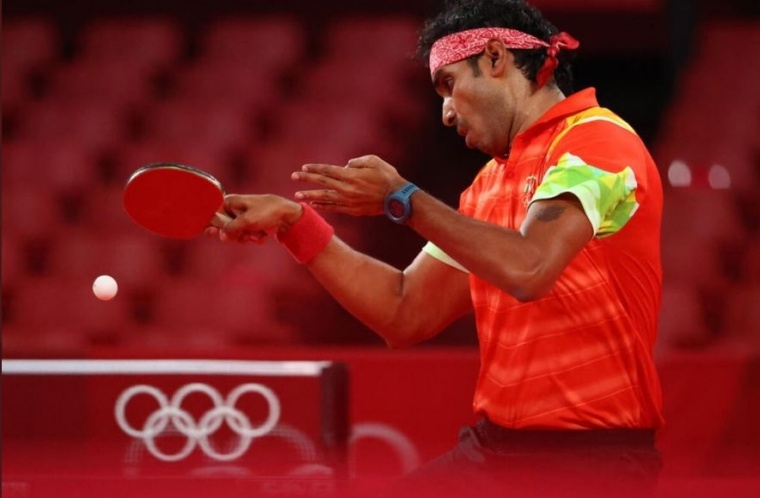 Tokyo: India's Sharath Kamal overcame a sluggish start to beat Portugal's Tiago Apolonia in the men's singles second round which was only the saving grace for Indians on day three of the Tokyo Olympics.

While Kamal booked his place in the third round, the women challenge ended with Manika Batra and Sutirtha Mukherjee losing to their superior opponents.

The Indian women's hockey faced their second defeat in as many outings in the league phrase 2-0 against Germany.

Arguably the greatest player of all time, Long has won every singles title in the sport, and is the reigning world champion as well. However, the manner in which the 32-ranked Sharath played against his 59th-ranked opponent, it has given him immense confidence.

Sharath is known for his booming forehand winners but an improved backhand allowed him to finish from both flanks. Since Ma Long will be playing his first match, Sharath sees an opening there.