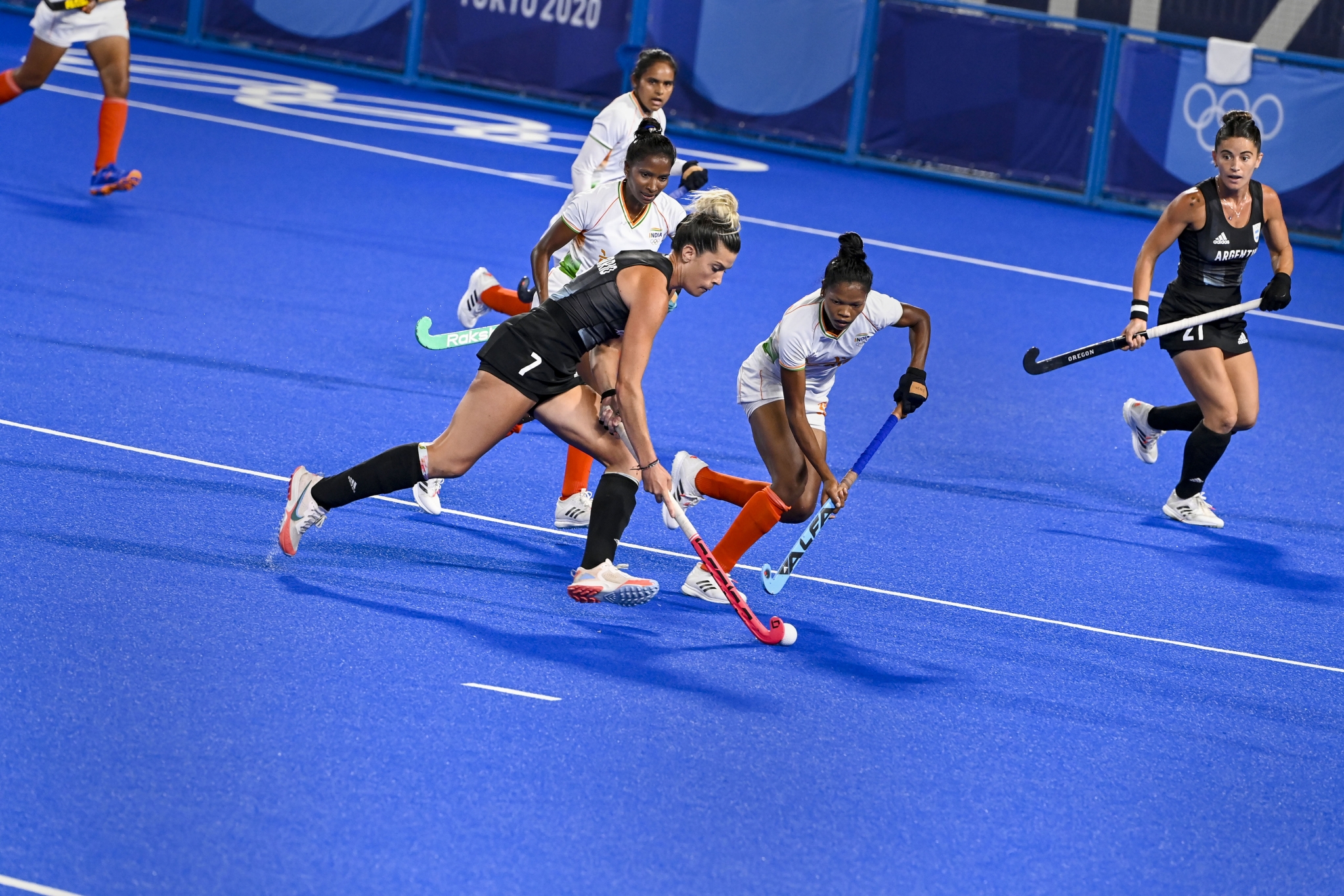 Tokyo: The Indian women's hockey team put up a gritty performance but it was not enough to secure a maiden Olympic final berth as it lost 1-2 to world no.2 Argentina in a hard-fought semifinal of the ongoing Games here on Wednesday.

India still have a chance to win the bronze medal as they will take on Great Britain in the third-fourth place play-off match on Friday.

The Indians fought valiantly and gave Argentina a run for their money by taking the lead in the second minute through a penalty corner conversion by Gurjit Kaur.

The bunch of 18 fearless and determined Indian women had already done the unthinkable when they stunned three-time champions Australia 1-0 on Monday to enter the Olympic semifinals for the first time.

In that edition of the Games, women's hockey made its debut in the Olympics and the sport was played in a round-robin format with top two teams qualifying for the final.