To my brother with love: Shuttler Christie dedicates first Olympic victory to late sibling, who died of Covid 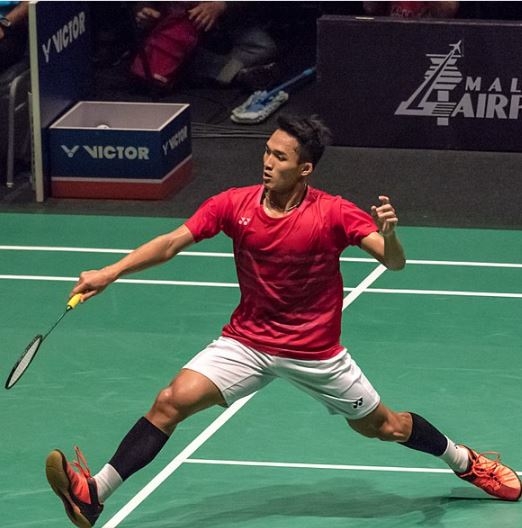 Tokyo: Top Indonesian shuttler Jonatan Christie has dedicated his first victory in the Olympics to his late elder brother Ivan, whose death due to COVID-19 compelled him to briefly abandon his thriving badminton career.

The Asian Games gold medallist's quest for a maiden appearance at the Games also took a backseat after Ivan died of COVID-19 earlier this year.

Now that he is back on the court, Jonatan pledged that he will give everything he has in memory of his late brother.

"This is for him and I want to do my best for him," he said after winning his first men's singles group match against Aram Mahmoud of the Refugee Olympic Team.

A few months ago, by putting his Olympic dream and career in the backburner, Jonatan had turned carer when he learned of his brother contracting COVID-19.

His care and prayers though, went in vain as Ivan succumbed to the dreaded disease that has engulfed his country at the moment.

With Jonatan's mother and father too admitted to a different hospital at the same time, his brother's death left him with the agonising decision of whether to inform his sick parents of the devastating development in their family.

"My mother and father were ill at the same time, but in a different hospital to my brother," Jonatan told the Olympic Information Service at the Musashino Forest Sport Plaza on Saturday.

"After my brother passed away, I have not told my mother and father for maybe one week," the 23-year-old said.

"I kept it alone. After my father and mother is good again, then I had to tell them. Of course, my mother is crying a lot."

The family is trying to cope with the irreparable loss.

"My mother and my father are good (now), and today we stay connected for them. They are happy to see me in the Olympics."

The seventh ranked Jonatan was playing at the Thailand Open in February when he was informed about his elder brother's ailment.

"After I came back from Thailand, my mother said to me, 'he is already sick'," he said.

On his arrival in Jakarta from Thailand and with his brother's condition worsening by the day, Jonatan was forced into mandatory quarantine before he could return home.