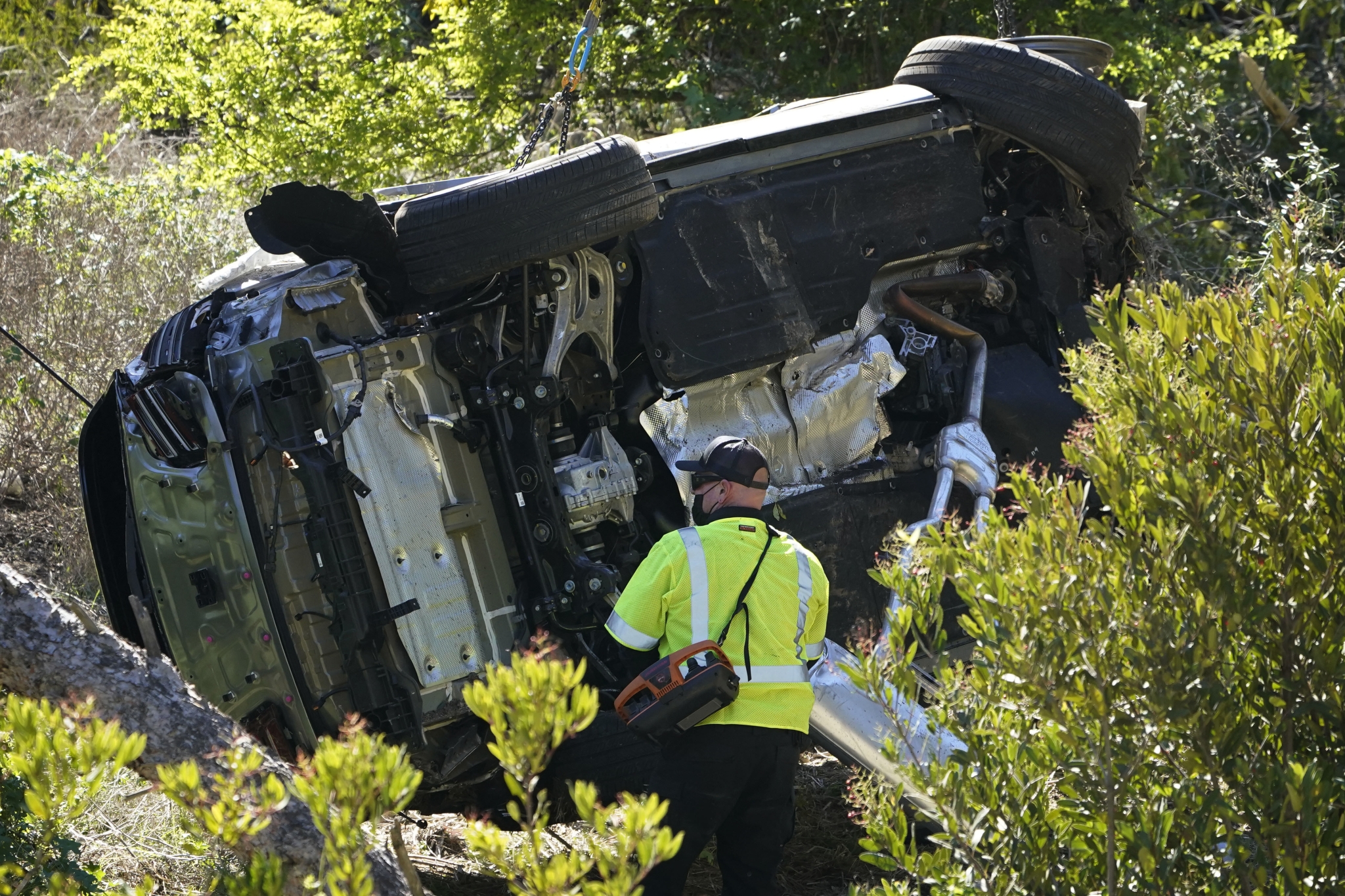 Rancho Palos :A vehicle rests on its side after a rollover accident involving golfer Tiger Woods Tuesday, Feb. 23, 2021, in Rancho Palos Verdes, Calif., a suburb of Los Angeles. Woods suffered leg injuries in the one-car accident and was undergoing surgery, authorities and his manager said. | AP/PTI Photo

Los Angeles: Tiger Woods was seriously injured when his SUV crashed into a median, rolled over and ended up on its side near a steep road in suburban Los Angeles known for wrecks, authorities said.

The golf superstar had to be pulled out through the windshield, and his agent said he underwent leg surgery.

Woods was alone in the SUV on Tuesday when it crashed into a raised median, crossed two oncoming lanes and rolled several times, authorities said at a news conference.

No other cars were involved.

Sheriff's Deputy Carlos Gonzalez, who was the first to get to the wreck, said he sometimes catches people topping 80 mph in the 45 mph zone and crashes are common.

"I will say that it's very fortunate that Mr Woods was able to come out of this alive," Gonzalez said.