'This medal is for my brother, coaches': Achinta Sheuli on winning gold in weightlifting at Commonwealth Games 2022

After clinching a gold medal in the men's 73kg final at the ongoing Commonwealth Games 2022, Achinta Sheuli dedicated his medal to his brother and coaches.

Achinta Sheuli clinched a gold medal with a combined lift of 313kg in the men's 73kg final. During the event, he lifted 143kg in his last attempt in the snatch round to create a new Commonwealth Games Record.

"I am very happy. After overcoming many struggles, I won this medal. I will dedicate this medal to my brother and coaches. Next, I will prepare for Olympics," Achinta Sheuli told ANI.

With his win in the event, he won the country its sixth medal at CWG 2022 and its third gold medal at the event.

Talking about the category he participated in, Achinta Sheuli cleared 166kg in his first attempt of C&J but faltered with his second attempt at 170kg - a new Games record.

The Indian's final attempt at the same weight, however, was a successful one and challenged Malaysia's Erry Hidayat to log a 176kg successful lift to jump into the gold medal spot.

The mark, however, proved too great for the Malaysian, who had to settle for the silver medal courtesy of a total lift of 303kg (138kg+165kg). 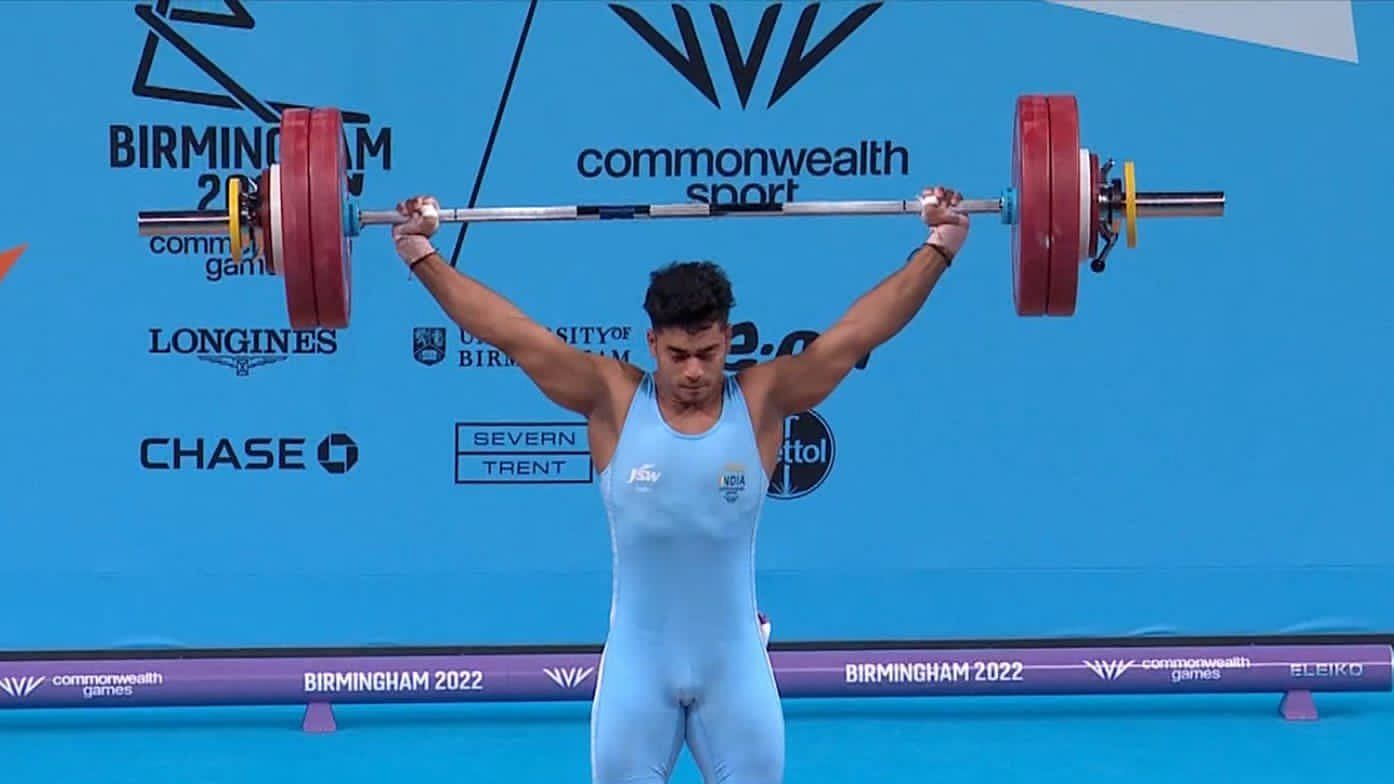 HomeSports'This medal is for my brother, coaches': Achinta Sheuli on winning gold in weightlifting at Commonwealth Games 2022