The wait is on for Messi; PSG coach Mauricio Pochettino has left out the fearsome three 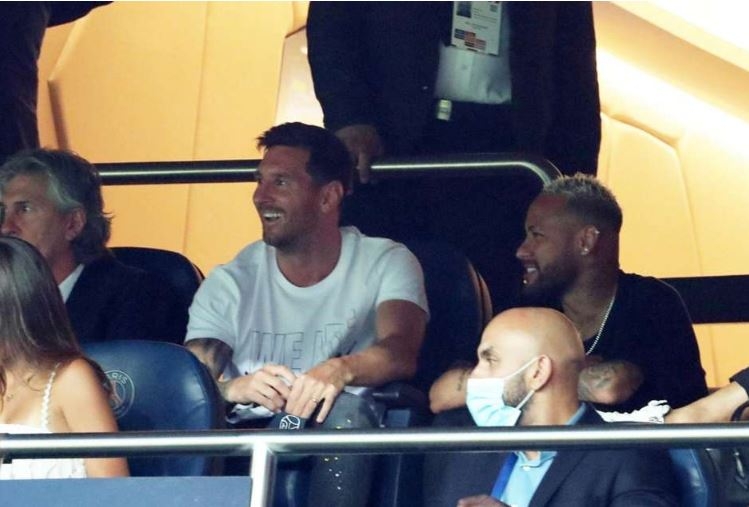 Reims: PSG coach Mauricio Pochettino has left out both Lionel Messi and Neymar for Ligue 1 clash with Brest on Friday. Messi could make his PSG debut in next weekend's game away at Reims before the September international break.

Lionel Messi’s Paris Saint-Germain debut will have to wait after coach Mauricio Pochettino left both the former Barcelona man and Neymar out of his squad for Friday's Ligue 1 game away at Brest.

Messi could make his PSG debut in next weekend's game away at Reims before the September international break, when he is likely to be involved as Argentina play a triple-header of World Cup qualifiers away to Venezuela and Brazil and at home to Bolivia.

"Everything is positive," Pochettino told a news conference at PSG's training camp. "There is a good atmosphere in the squad and (Messi) has settled in well and quickly. There is a very good feeling."

Messi had not trained for a month after helping Argentina to their Copa America triumph.

Having won 10 LaLiga and four Champions League titles during his 17-year career at Barcelona, Messi left them on a free transfer after the Catalan club's president Joan Laporta said they could no longer afford to keep him.

Both Messi and Neymar started pre-season training late after an extended break following the Copa America -- Messi's Argentina beat Neymar's Brazil 1-0 in the final in Rio de Janeiro on July 11.

Angel di Maria, who scored Argentina's winning goal in that final, was in the squad announced on Friday morning as PSG look to make it three wins from three at the start of the French season.

Gianluigi Donnarumma also appeared in the squad for the first time since moving to Paris from AC Milan after starring for Italy at Euro 2020, but fellow new signing Sergio Ramos is not yet fit to make his debut.

Pochettino also suggested speculation that Kylian Mbappe might leave PSG in the current transfer window amounted to nothing, with the France World Cup winner a target for Real Madrid, according to media reports.

"Mbappe is our player and I want him to be here this season," said Pochettino.

"He has another year left on his contract. Even if he doesn't renew it, he is still a PSG player and we are very pleased with him and from what I can understand, he is pleased with us.