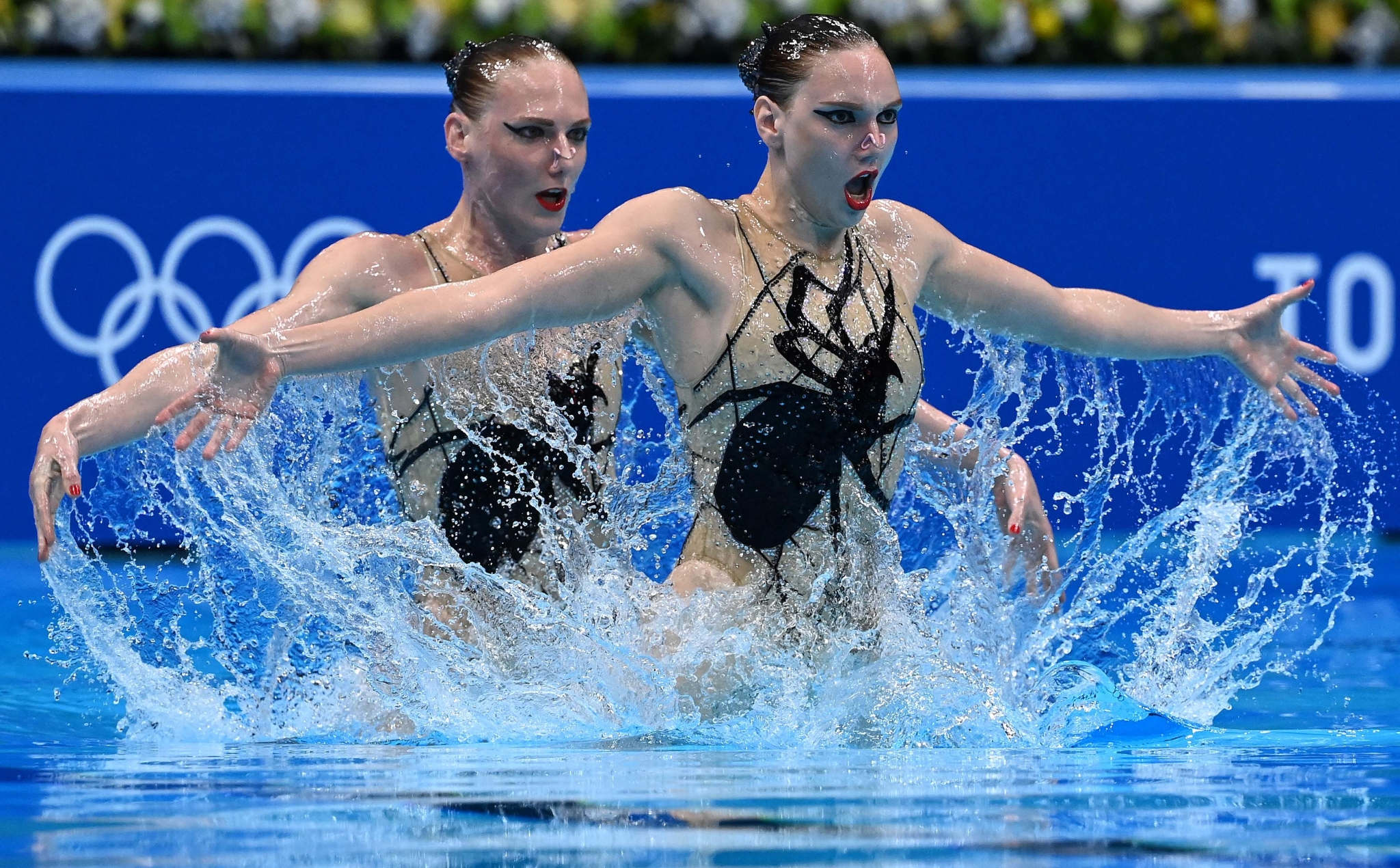 The Russians were heavy favorites in a sport they have dominated for more than two decades. Their last Olympic loss in what was then known as synchronized swimming came at the 1996 Atlanta Games.

Now, Romashina is in a class by herself.

Swimming last out of 12 finalists to the music Spiders, the Russian pair came out in nude-colored suits with black arthropods splashed across the front.

They mimicked the crawling bugs on deck before diving in for a dramatic performance punctuated with fierce leg kicks.

The Russian pair received marks of 98.8000 for their free routine to finish with a score of 195.9079. Romashina broke into a big smile when the "1" went up beside her name for the sixth time.

The silver went to China's Huang Xuechen and Sun Wenyan at 192.4499, while Ukraine's Marta Fiedina and Anastasiya Savchuk beat out Japan for the bronze with 189.4620.

This was the first Summer Games with the sport's new name.

After the 2016 Rio Games, world governing body FINA rebranded it to artistic swimming in hopes of giving a more accurate portrayal of what the sport is about and improving its appeal with potential sponsors and television partners.

It would probably help to have a more competitive field.

The Russians never seem to lose, and that's unlikely to change in Tokyo. They are also huge favourites in the team event, which would give them another sweep of the Olympic golds.

The 31-year-old Romashina has won every event she's competed in at the Olympics, world championships and European championships.