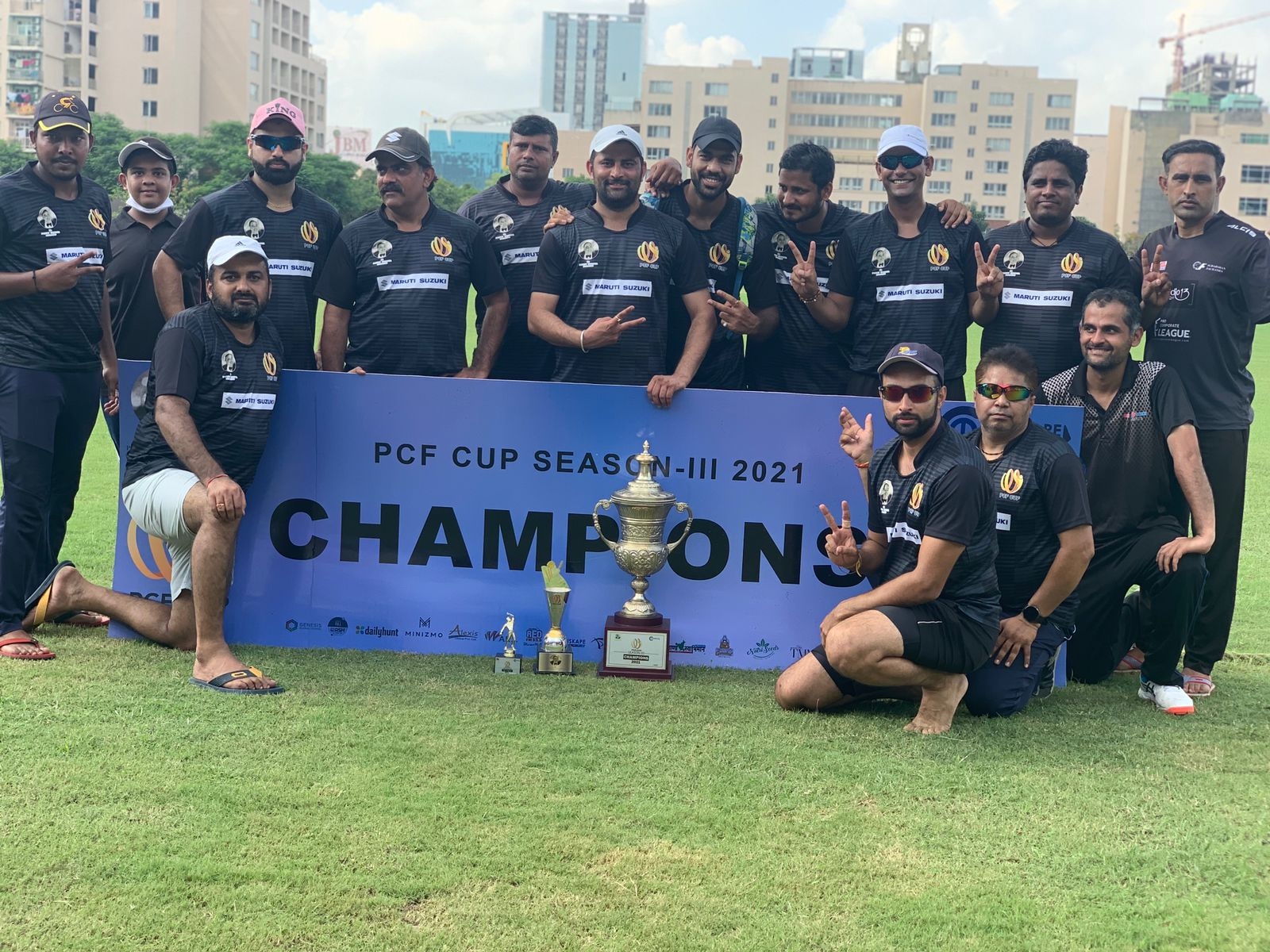 Elaborating on the tournament, Mr. Manpreet Singh Chadha, Chairman, Wave Group, said, “We are delighted to hold and successfully conclude the PCF Cup in the safe zone and with due Covid protocols in place. We are proud of the fact that the platform has emerged as a driving agent of sportsmanship spirit and sporting culture amongst India Inc. With committed partners and more participating teams, we envision that the initiative will be becoming a game-changer in the corporate social responsibility space, bringing in more entities to promote sports, fitness, and healthy living.”

The tournament, originally scheduled in April had to be put on hold due to the rising of 2nd wave of the pandemic. Resuming in September, the government-directed Covid protocols were adopted and all the players and support staff had to undergo temperature checks with updated green status on the Aarogya Setu app every day. The players also had to be vaccinated and the prohibition on ballers for using saliva on the balls was followed. The tournament played in a format similar to a traditional T20 tournament was sponsored by Dabur (Chyawanprash), Mwash, Alexis Global, P&P- Food partner, RedFM, Genesis Global School, NutriSeeds, and Ice Battery.

Handing over the trophy to the winning team, Mr. H.S. Kandhari, CEO, The Ponty Chadha Foundation (PCF), said, “The second wave has once again put the spotlight on the urgent need of increased fitness and lifestyle change to support immunity building in our bodies. The most predominant notion in corporate culture is that employees and job goers find it extremely difficult to remain fit. The cricketing tournament was organized to burst the myth and inspire people to shed away the sedentary lifestyle.”

The PCF Cup, which aims to promote sports in India, is one of The Ponty Chadha Foundation's most earnest efforts in the field of promoting healthy and fit life. It provides a one-of-a-kind platform for corporate cricketers and sports fans to show off their skills. Earlier this year in March, the third season of PCF Cup had commenced with 16 participating teams representing different corporate giants. However, the 8-week-long tournament had to be put on hold due to the sudden rise of the COVID-19 second wave.

Man of the Match: Ankit Maini of Maruti Suzuki India

Man of the Series: Mohit Abichandani of Celebi

Best batsman of the season: Mohammad Mohsin of Celebi