That’s what calm CSK can do; Chennai bowlers make a spirited comeback to script easy win against RCB 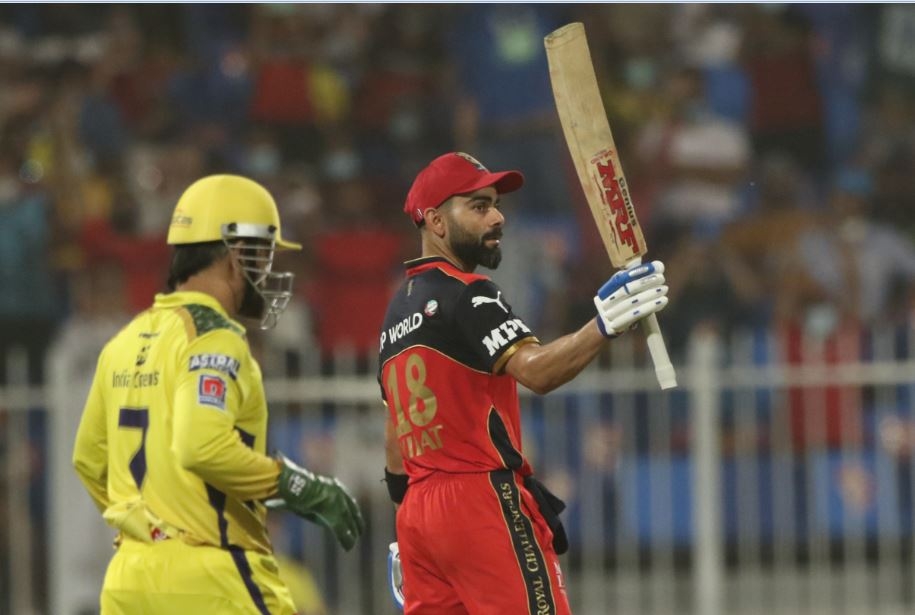 Mumbai: I’m sure you’ve an IPL wish, for I’ve one too. May MS Dhoni stride to the wicket as though he owns it. May he give the ball that one almighty biff in a winning cause. When Chennai Super Kings, chasing 157 against Royal Challengers Bangalore, needed 22 off 22, I sensed something like that could happen.

The emperor in winter was batting with his most trusted minister, Suresh Raina. But Raina virtually killed the contest with a productive over off Hasaranga de Silva. Where my Dhoni wish is concerned, I will settle for that flick and the pull for now. The monstrous hitting that I desire to see might still come. What matters to CSK is they’ve prevailed against RCB easily in the end, an outcome least expected after Virat Kohli and Devdutt Padikkal’s desert revelry in the first 14 overs.

It was obvious Kohli had enough. I don’t know what you think but all the dissection of his technique has had me exasperated. Head falling over that makes him susceptible to leg-before. Feet towards covers, toe in the direction of mid-off and his right thumb pointing somewhere that it shouldn’t…is batting more complex than trigonometry?

For me, Virat’s bat has hit the notes right when he doesn’t care to see where the ball has gone. Like the way he sent the ball skimming over wide long-on off Shardul Thakur. All he did was look at his bat in deep adoration. He owes his pliable wrists a kiss. Those wrists that keep the ball guessing till the last moment as to which way it will be headed. And that region is usually the deep mid-wicket, his second home. “Ball, reside there,” he seemed to say last night. At 46 without loss in five overs, RCB were on the way.

I quite like the easy, unhurried style of Padikkal. Even when he’s striking the ball, he has the calmness of night. You don’t sense his withering power because he doesn’t need it to strike the ball. Skipping down the track, he deposited Ravindra Jadeja over long-on and took liberties with every bowler CSK had commissioned to put him off his pace. Don’t ask why he didn’t get runs in Sri Lanka. Lest forgotten, only a few days ago RCB sank to 92. Yesterday, they reached 100 in the 12th over itself.

Hush, this is CSK

But CSK can’t be blown off the park because a 21-year-old (Padikkal) is having a grand night. Dhoni is a master of change of pace. Slow pace, excruciating slow pace, cutters…the Dhoni hand in the cluster of RCB wickets could not be missed. We would have thought that the knees of AB De Villiers and Glenn Maxwell would start pumping given the way RCB began. But Dwayne Bravo (3/34) did Bravo-like things as RCB gasped past 156/6. That is not what the RCB would’ve settled for. I’m not saying this, but perhaps Dhoni is with a wink and a smile.