India captain Rohit Sharma lauded Axar Patel after the all-rounder scored an unbeaten 64 at the back end to help the visitors overhaul a massive West Indies total to win the second ODI at Queen's Park Oval by two wickets to take an unassailable 2-0 lead in the three-game series.

Rohit, who is rested for the West Indies series, took to Twitter to heap praise on Axar.

Axar smashed 5 sixes and 3 boundaries which is now the most by an India batter at No.7 or lower in a successful ODI chase.

Earlier this record was with Dhoni when he had registered three sixes during India's chase against Zimbabwe in 2005. Later in 2011, Yusuf Pathan equalled Dhoni's tally twice—against South Africa and Ireland.

Chasing a mammoth 312 for victory in a 50-over game is always an uphill task and India were in a sport of bother when they required 100 from the last 10 overs with Axar Patel and Deepak Hooda at the crease and just five wickets remaining.

With Hooda departing for 33 in the 45th over, it was left to Patel to complete the task as the all-rounder hit five sixes and three boundaries in his 35-ball 64 to complete the job. 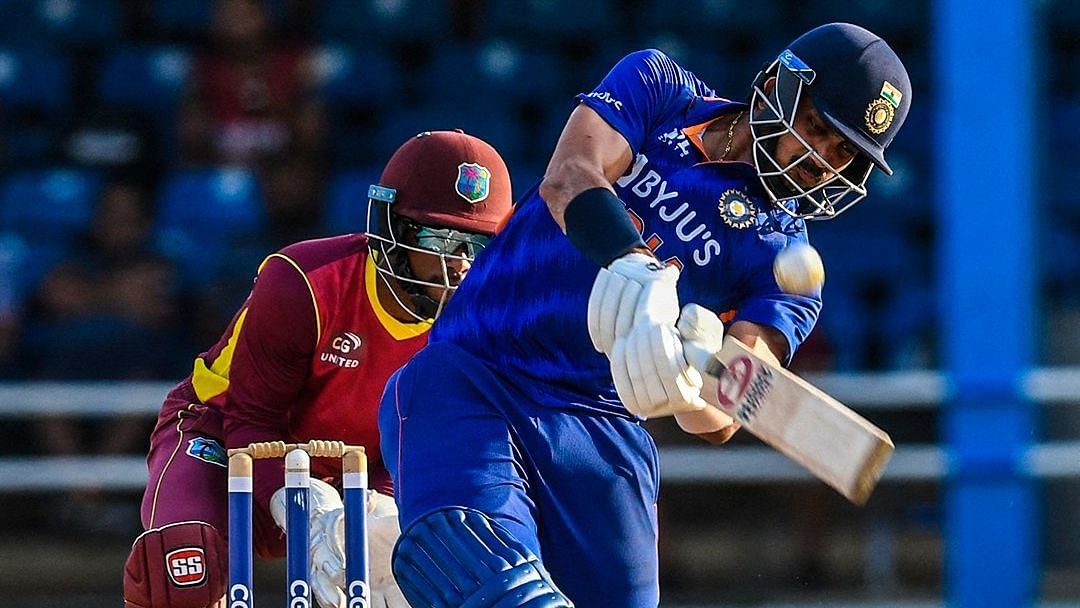