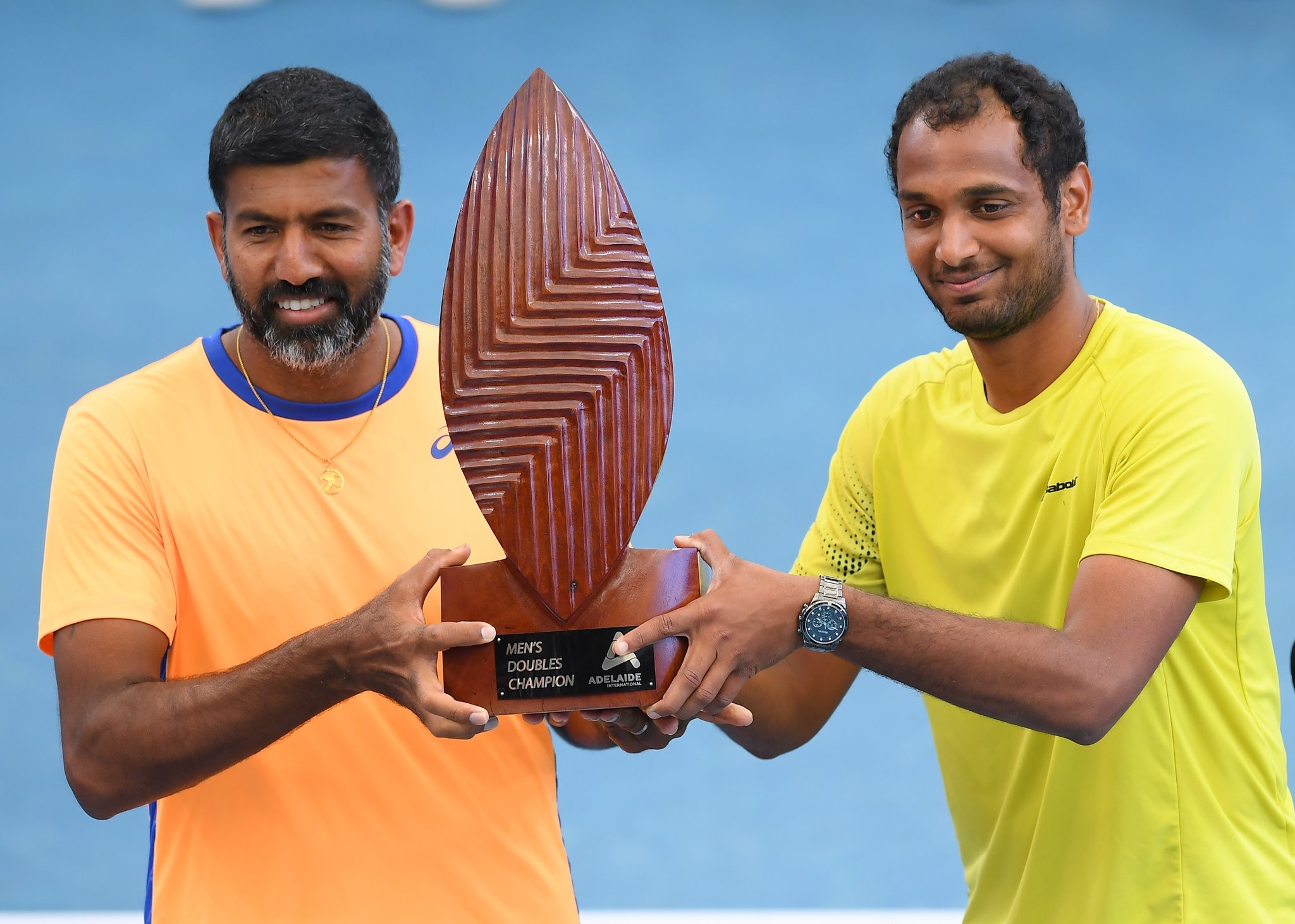 Teaming up for the first-time on the ATP Tour, India's Rohan Bopanna and Ramkumar Ramanathan won the Adelaide International doubles trophy with a hard-fought 7-6 (6) 6-1 win over top seeds Ivan Dodig and Marcelo Melo in Melbourne on Sunday.

In the one hour and 21 minutes contest, the Indians saved all the four break points they faced and broke their rivals twice.

It was Bopanna's 20th ATP doubles title and first for Ramkumar, who was playing only in his second summit clash at this level, having ended a runner-up at the Hall of Fame Tennis Championships in 2018.

"When Ramkumar is serving by your side, you can finish the point early, so that was an advantage," said Bopanna.

Asked how different it was playing with Ramkumar than another compatriot and left-handed Divij Sharan, Bopanan said, "With Divij, we had to create a point, ensure that first volley opportunity is taken while with Ram, the point can be finished early.

"I am surprised not many Indians entered this event. If anyone had landed here, would have entered the field since not many players were there." Bopanna and Ramkumar will split USD 18700 as prize money and earned 250 ranking points each.

The win would be a huge confidence booster for Ramkumar ahead of the Australian Open Qualifiers, where he will aim to make the singles main draw of a Grand Slam once again.

After saving an early breakpoint, Bopanna and Ramkumar upped their game. In the seventh game, when Melo served at 30-0, Bopanna's unreturnable service on the right of the Dodig and later a crushing forehand winner made it 30-all but the Brazilian eventually held.

Bopanna then saved another breakpoint and converted the deciding deuce point to make it 4-4.

Serving to stay afloat in the set at 5-6, the Indian pair was up 40-30 when Dodig created a winner on Bopanna's serve that whizzed past Ramkumar on his right but the big-serving Coorgi hit an ace to drag it to a tie-breaker.

At 6-6, Bopanna found a service return winner on Melo's serve to earn their second set point and converted with his booming serve.

It was one-way traffic in the second set with the Indians dominating all through.