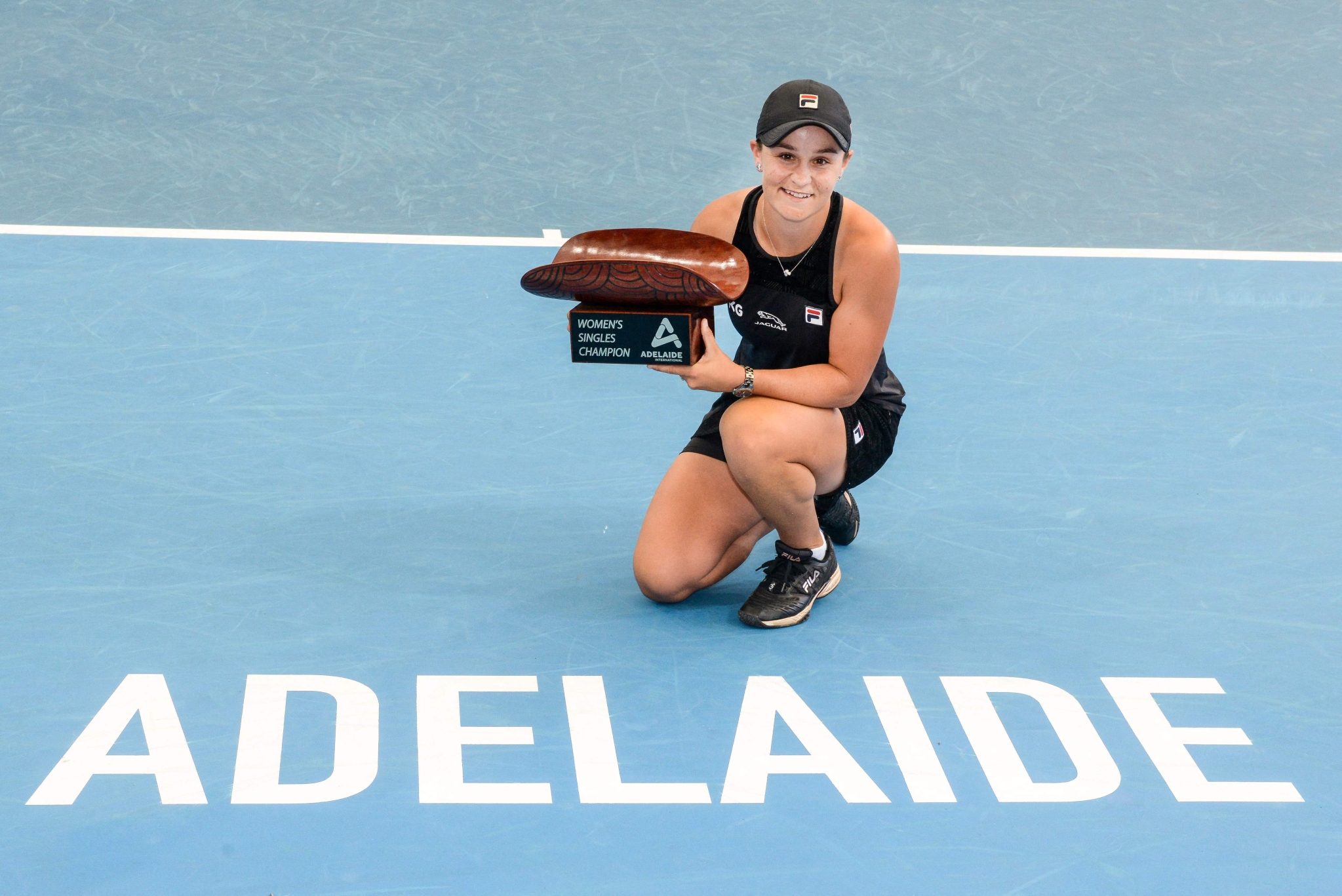 World No.1 Ash Barty had a perfect start to the new season ahead of the home Grand Slam -- the Australian Open --, winning the Adelaide International in dominant fashion by crushing world No. 14 Elena Rybakina of Kazakhstan 6-3, 6-2 in Sunday night's final.

This was Barty's 14th career singles title and second in Adelaide. The victory underlined Barty's status as the favourite to win the Australian Open, where she is aiming to become the first home-grown champion since 1978.

It takes Barty's record against fellow top-20 players to 17-1 since the start of 2021 and means she has won 21 of her last 25 matches on Australian soil.

How's that to start a season? 😉@ashbarty is your 2022 Adelaide International champion! 🏆 pic.twitter.com/ZARSmhgUkY

"It's been a challenging 18 months, two years for all of us and it's so nice to be here to enjoy a fantastic week," she said on court after the match.

"You guys, the fans have made this week exceptional for me, you've made it so much fun and you've brought that spark back to my tennis and I thank you so much for that."

Reigning Wimbledon champion Barty was challenged early but didn't look back after breaking Rybakina's serve at 3-3, closing out the first set in 29 minutes.

Having seized the advantage, Barty was at her dominant best in the second set, racing to a 4-0 lead and going on to win the final in 64 minutes.

Barty and Storm Sanders will face Darija Jurak Schreiber and Andreja Klepac in the Adelaide doubles final before she heads to the Sydney Tennis Classic, ahead of the Australian Open on January 17.