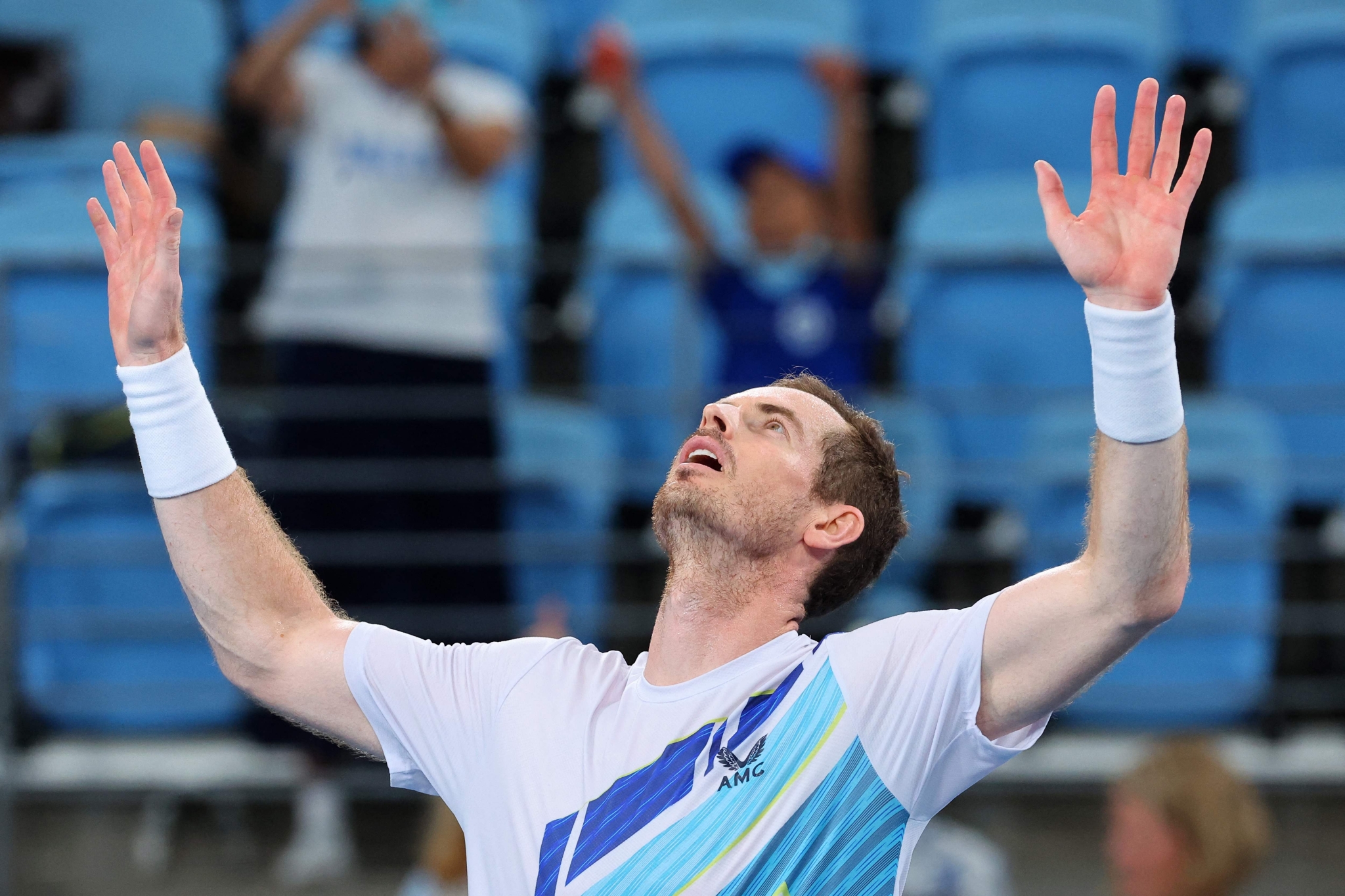 Andy Murray of Britain exults after winning the semi-final of the Sydney Tennis Classic. | Photo: AFP

Andy Murray reached his first ATP Tour final for more than two years with a three-set 6-7(6), 6-4, 6-4 win over American Reilly Opelka at the Sydney Tennis Classic on Friday.

"It's already been a great week for me, big progress from anything I've done in the last year or so, to string four matches together like this and against top players in Basilashvili and Opelka," Murray said.

"I'll go for 47 tomorrow. It's been a good week, I've played better with each match, so hopefully, I'll step it up again tomorrow."

The former World No. 1 used his trademark returning prowess to effectively nullify the American's big serve and reach his first ATP Tour final since winning the title in Antwerp in 2019.

Despite Opelka serving 20 aces, Murray was still able to find the right moments to effectively counter-attack.

"You can't really prepare for it, to be honest, you just have to try and adjust while you're out there. I chose to block quite a few returns, to get lots in play today, which worked pretty well," Murray said. "It's tough but returning has always been one of the strongest parts of my game, and I used it well today."

He was frustrated to lose the opening set against 6ft 11in Opelka having fought back from 1-5 in the tie-break but he kept pressing on his opponent's serve and got his reward for a 6-7 (6) 6-4 6-4 victory.

Murray has always performed well against big servers, his great returns and ability to keep the ball in play making it a strong match-up for him. He holds a 7-0 record against Ivo Karlovic and an 8-0 against John Isner, and this win means he remains unbeaten against the giants of the game.

Murray will now bid for a 47th career title against either compatriot Dan Evans in what would be a first all-British ATP Tour final or Russia's Aslan Karatsev.

He said: "It's obviously great to be in another final. A tough match again. It was always going to be tight against him. There is not many chances either way usually.

"After losing the first set, it felt like quite a long way back but I stayed tight on my serve. I served well the last couple of sets and I think overall played a pretty smart match. It was a good win."