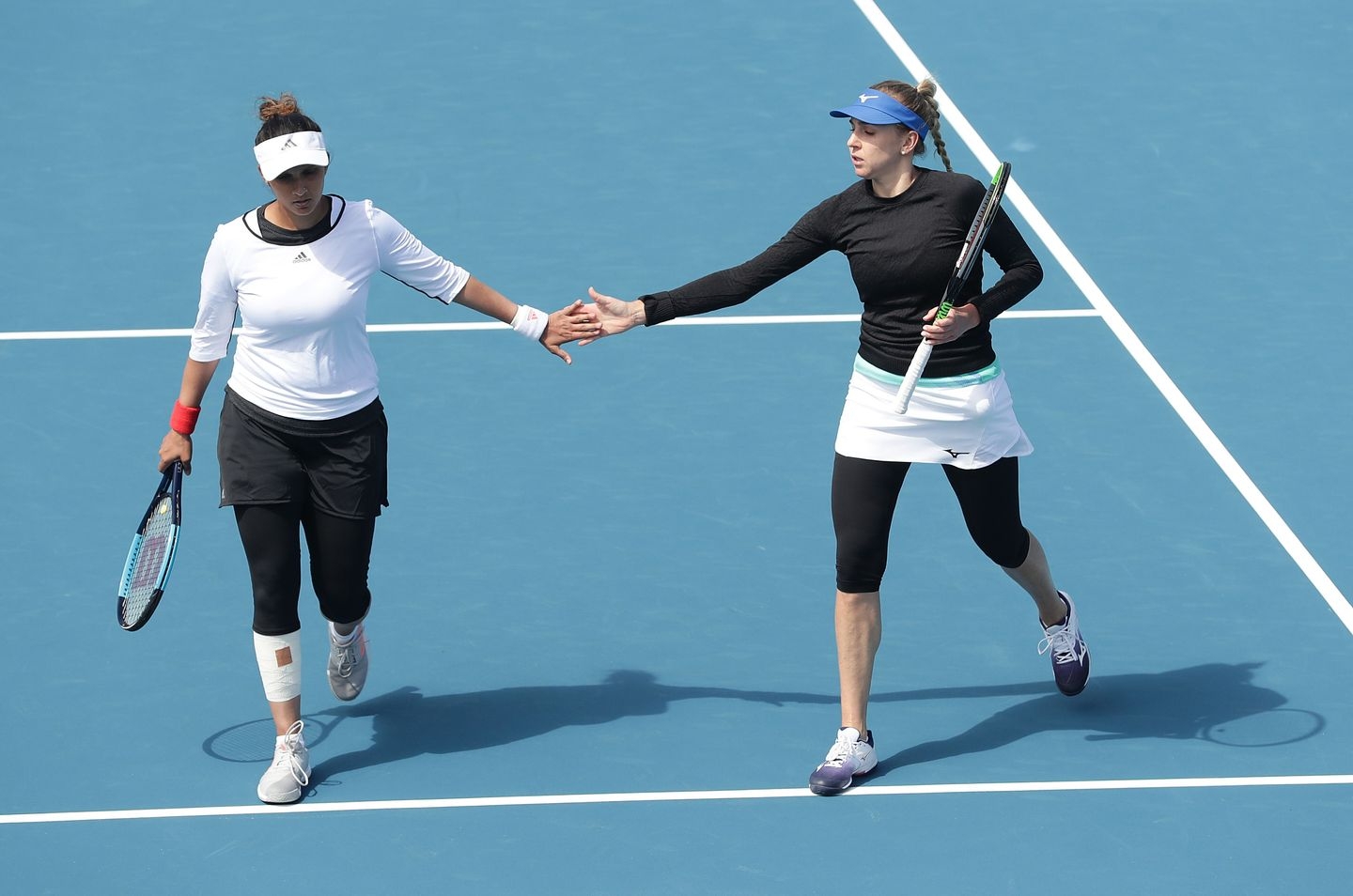 Indian tennis ace Sania Mirza and her Ukrainian partner Nadiia Kichenok crashed out of the women's doubles semi-finals at the Adelaide International 2022 WTA 500 tournament on Friday.

Australia's Ashleigh Barty and Storm Sanders defeated the Indo-Ukrainian duo 6-1, 2-6, 10-8 in the clash which lasted one hour and five minutes.

Mirza-Kichenok were blown away by the home team in the first set as Barty and Sanders gained the advantage without any resistance. However, Sania Mirza and Nadiia Kichenok gathered themselves in the second set and pegged their opponents by breaking them early and leveling the score to force a super tie-breaker.

The decider was also nerve-wracking, but the home team managed to see through it as they booked their place in the summit clash.

Elsewhere in Adelaide, Rohan Bopanna and Ramkumar Ramanathan reached the semi-finals of the Adelaide International 1 ATP 250 tournament. The Indian duo thrashed the French-Monegasque team of Benjamin Bonzi and Hugo Nys 6-1, 6-3 in the men's doubles quarter-finals.

The Indian combination will now face the fourth-seeded Bosnian-Mexican pair of Tomislav Brkic and Santiago Gonzalez in the semi-finals on Saturday.