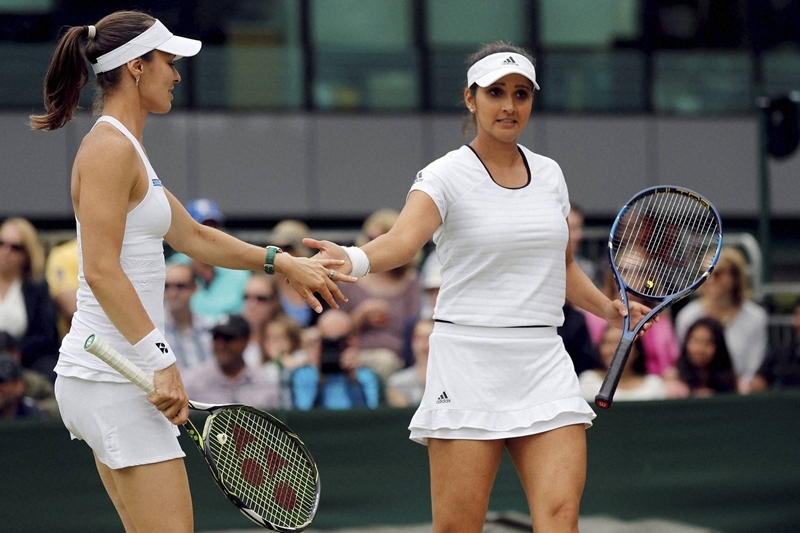 Over the years, Sania Mirza has added many feathers to her cap.

After a trailblazing singles career in which she had notable wins over Svetlana Kuznetsova, Vera Zvonareva, former Wimbledon champion Marion Bartoli, as well as former world No. 1s Martina Hingis, Dinara Safina, and Victoria Azarenka, Mirza made quite a transition to doubles.

On her birthday FPJ looks at some of her best doubles partners:

Martina Hingis
Five-time singles major champion has to undoubtedly be Sania Mirza’s best doubles partner. The duo teamed up in 2015 when the Swiss came out of retirement for the second time.

They compiled a win-loss record of 55-7 in their first year together itself. The Indian even rose to No. 1 in April 2015. Her power from the baseline and Hingis’ touch at the net proved to be quite a lethal mix for their opponents.

All three of Mirza’s doubles Grand Slams titles have come with Hingis. In 2015, they won the Wimbledon and US Open. They made it three out of three by winning the 2016 Australian Open.

Apart from the Grand Slams, they have also won 10 tour titles, including the WTA Finals in 2015.

Bethanie Mattek-Sands
The Indo-American pair won their first title together in 2007. Mirza was in spectacular form during the hardcourt season in 2007. She reached the final of the Stanford Open and the finals of Cincinnati in singles. The Hyderabadi also won the doubles title in Cincinnati with Mattek-Sands.

They won six titles together, the last of which came in Brisbane in 2017.

Their best moment came at the WTA Finals in 2014 where they beat second seeds Su-Wei Hsieh and Shuai Peng 6-1, 6-0 to clinch the title.

It was the heaviest defeat recorded in the summit clash of WTA Finals since its inception in 1973. The result also meant that Mirza became the first Indian player, male or female, to win the season-ending finale.