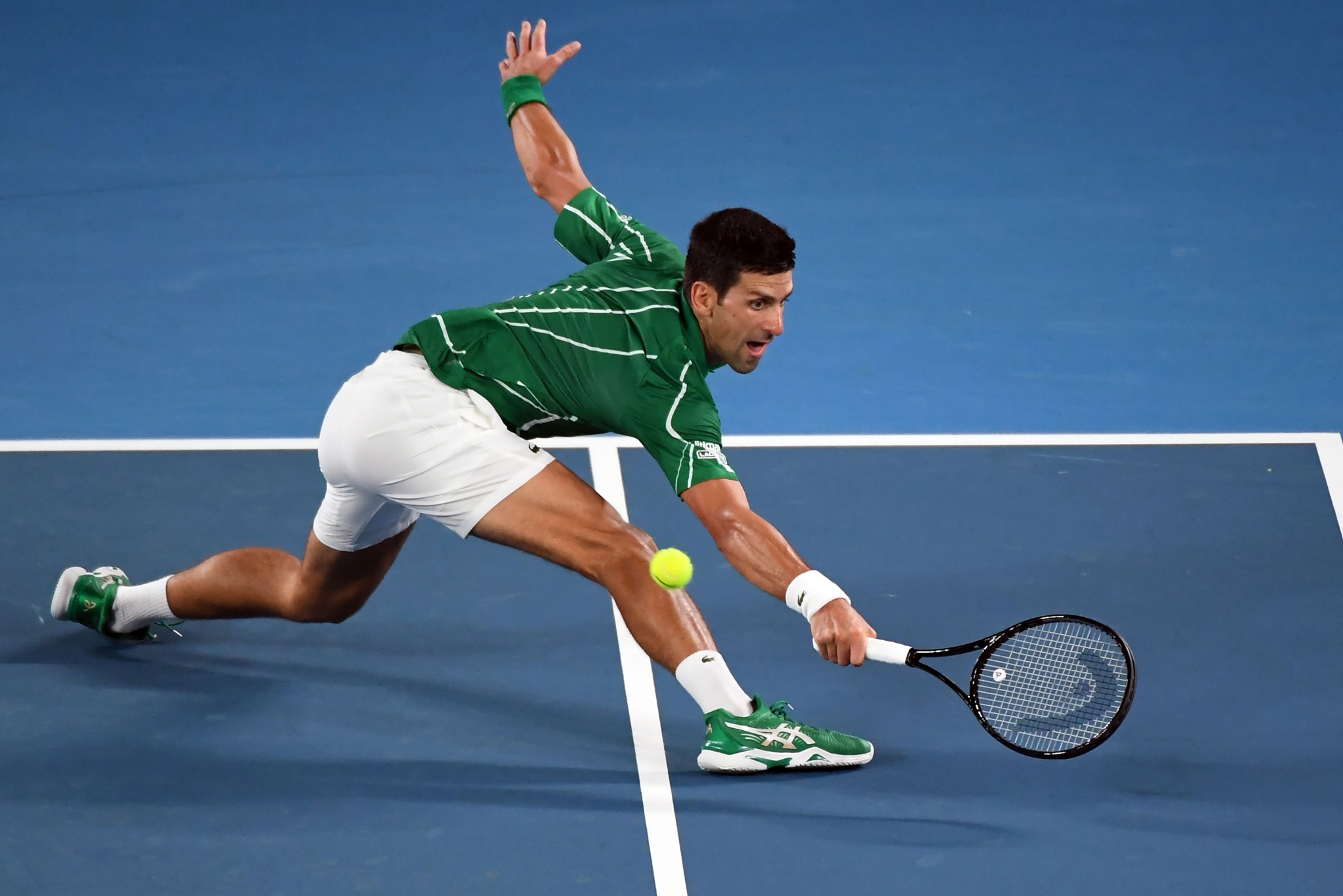 Serbia's Novak Djokovic hits a return against Germany's Jan-Lennard Struff during their men's singles match on day one of the Australian Open tennis tournament in Melbourne. | AFP

World No. 1 tennis player Novak Djokovic's name figures in the main draw entry list for the 2022 Australian Open, which commences here on January 17, though it is still not known whether the Serbian has taken the Covid-19 vaccine, a pre-requisite for competing in next year's first major.

Defending Australian Open champion Djokovic is among 104 male players on the entry list, released by Tennis Australia on Wednesday.

In a sign that he has perhaps got vaccinated, Djokovic has committed to playing in the ATP Cup in Sydney, a lead-up tournament. However, a Herald Sun report suggested on Wednesday that the Serbian could get medical exemption to compete in Melbourne.

But the Victorian government categorically denied Djokovic had been exempted, saying that unvaccinated players will not play at the Australian Open.

"My view on this is really clear and really simple. Everyone's looking forward to the Australian Open and everyone who will attend -- spectators, players, officials, staff -- everyone is expected to be fully vaccinated," Victorian Deputy Premier James Merlino was quoted as saying by sen.com.au.

"They're the rules. Medical exemptions are just that; it's not a loophole for privileged tennis players. It is a medical exemption in exceptional circumstances if you have an acute medical condition. My view and I think the view of all Victorians, the expectation of all Victorians is that everyone who attends the Open -- player spectator, staff, officials, everyone's fully vaccinated."

Djokovic has kept the Australian Open organisers and his fans guessing about his Covid-19 vaccination status, adding to the uncertainty over whether he will compete in the major.

Roger Federer and Serena Williams are not on the entry lists for the Australian Open.