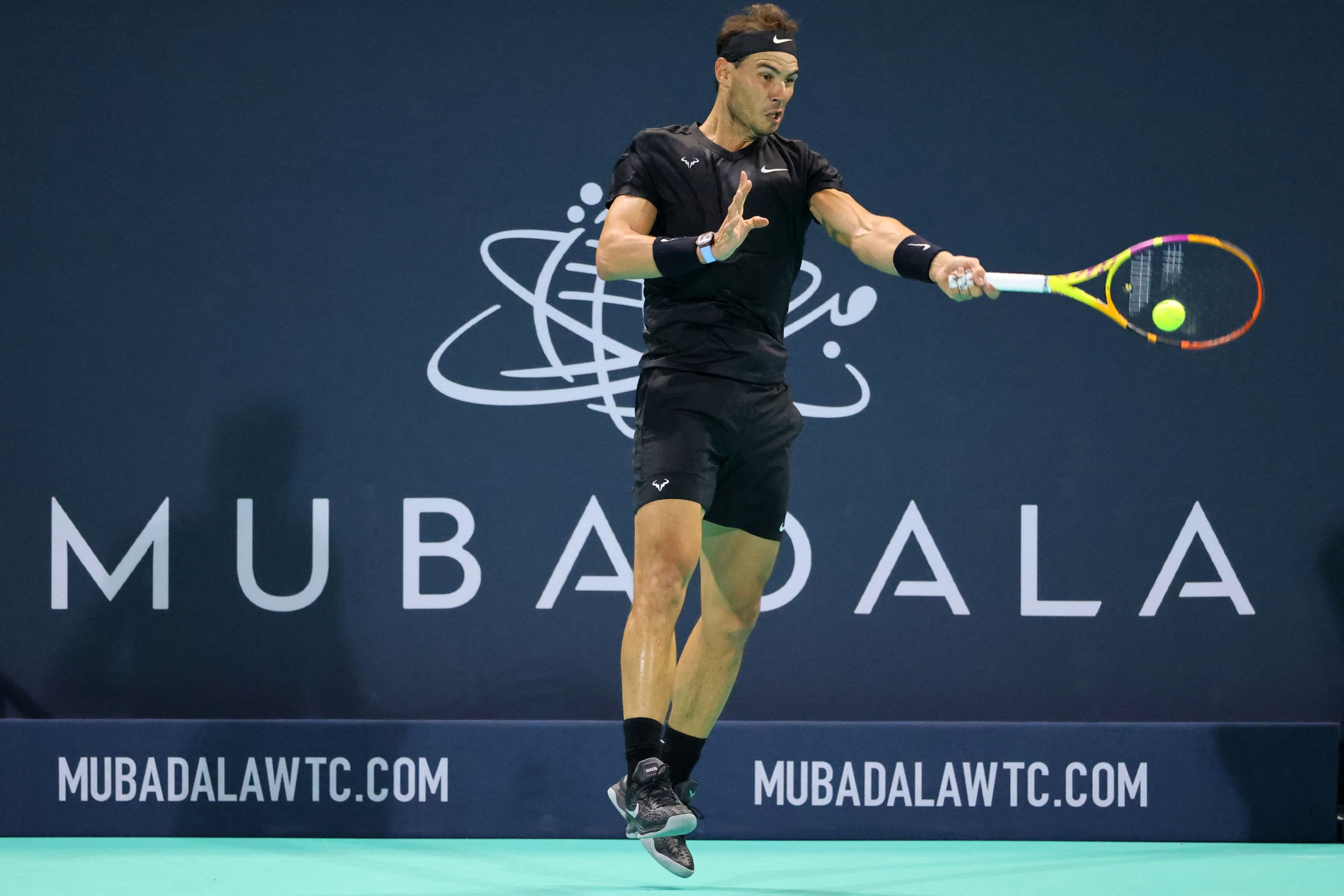 Spain's Rafael Nadal, who made his comeback in an Abu Dhabi exhibition after four months on the sidelines due to injury, said he cannot guarantee he will make the trip to Melbourne for next month's Australian Open.

Though the 20-time Grand Slam champion returned to action at the Mubadala World Tennis Championship in Abu Dhabi, he wasn't at his absolute best and suffered two close defeats against Andy Murray and Denis Shapovalov at the exhibition event.

The 35-year old was knocked out at Roland Garros in the semi-finals and was forced to pull out of Wimbledon, the Tokyo Olympics, and the US Open due to foot injury.

"The idea is to go there and try my best there in Australia...Being 100 percent honest, I can't guarantee it. I need to speak with my team," skysports.com quoted Nadal as saying.

"It's been more than six months since the last real official match. Things are difficult and I accept that... I was able to compete in both matches and even had my chances, so if we put that in perspective it's a very positive thing.

The Spaniard also mentioned that he would not have returned to tennis if he did not feel he was competitive enough to challenge for the biggest titles in the sport.

"I am not playing at all for money or just for fun, I am playing to keep achieving goals or at least to enjoy the process of trying to achieve my goals. If you don't achieve, it's fine, but the motivation and the passion is still there," the world No 6 said.

The 2022 Australian Open will be played between January 17-30 at Melbourne Park in Victoria, Australia.