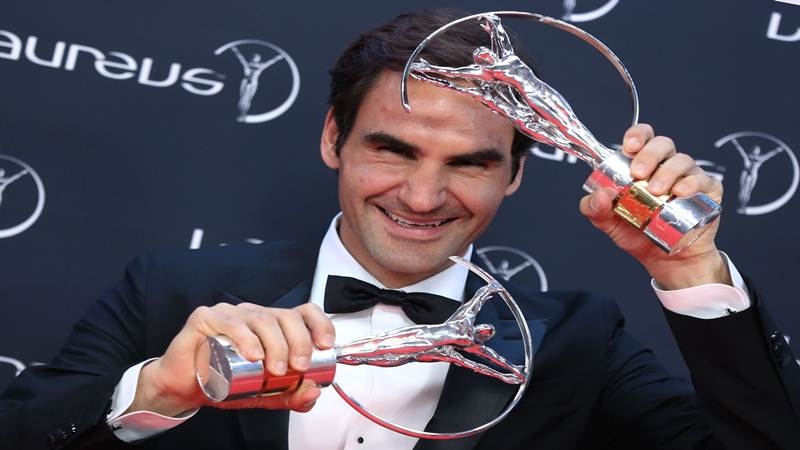 Swiss tennis ace and winner of 20 majors, Roger Federer has been voted as the "Fans' Favourite" for 19th time in ATP Awards.

Federer, who will be skipping the opening major of 2022 -- the Australian Open -- and is unlikely to return to competitive tennis until mid-2022 as he recovers from a knee surgery, has now won 40 ATP Awards.

Federer, who celebrated his 40th birthday in August, made his comeback to the ATP Tour in March this year in Doha after undergoing two arthroscopic right knee surgeries in 2020.

He enjoyed a run to the Wimbledon quarterfinals, where he showed his continued appreciation for the fans.

"(The) crowds were amazing," Federer had said. "The ovation was fantastic. I loved it. That's why I play. That's why I still play now."

In addition to his 19 "Fans' Favourite Awards", Federer has also been voted by his peers as the recipient of the Stefan Edberg Sportsmanship Award 13 times and 'Comeback Player of the Year' (2017).

He has also been crowned ATP No. 1 five times and is a two-time winner of the Arthur Ashe Humanitarian Award.

In doubles, the French duo of Pierre-Hugues Herbert and Nicolas Mahut has been selected as "Fans' Favourite" for the first time.