Teen Lydia sweeps women aside; The Alaskan goes parents are boat captains learned swimming to be safe in water 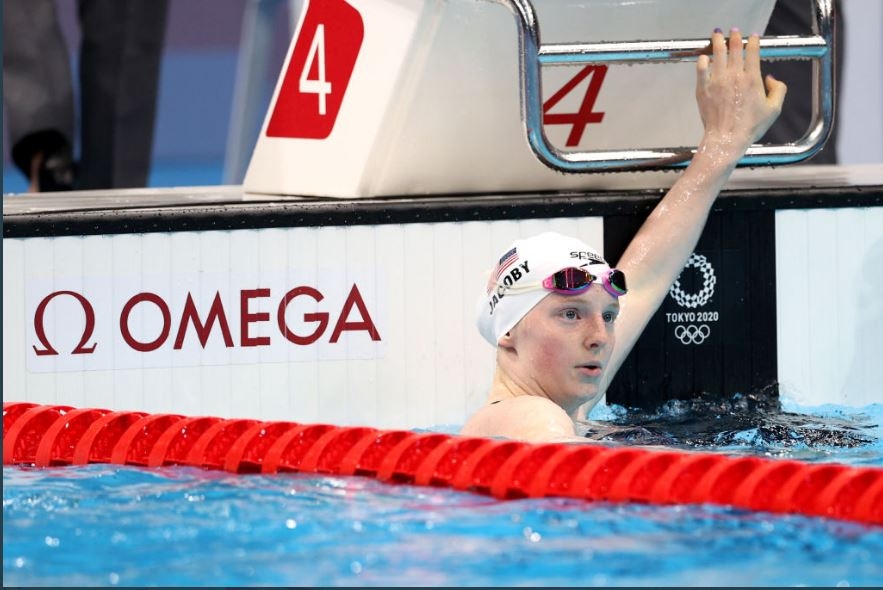 Tokyo: The USA's Lydia Jacoby has won a shock gold medal in the women's 100m breaststroke final at only 17 years old. The swimmer became the first Alaskan swimmer ever to win an Olympic swimming gold medal, as she beat South Africa's Tatjana Schoenmaker (silver) and pre-race favourite Lilly King - the Rio 2016 Olympic champion - to the title.

Jacoby, whose parents are both boat captains, learnt to swim because her mother and father wanted her to be safe in the water. Now that decision has paid off in unimaginable ways, as she takes home the Olympic title.

Jacoby's time of 1:04.95 was marginally slower than Schoenmaker's Olympic record of 1:04.82, set two days ago in the semi-final. But when it mattered, Jacoby showed nerves of steel to win a historic - and unexpected - gold in Tokyo.

The young Olympic champion admitted she had been aiming for the podium before the race, saying: “It was crazy. I was definitely racing for a medal, I knew I had it in me but I wasn’t really expecting a gold medal. When I looked up at the scoreboard it was insane.”

She also spoke about how proud she felt after becoming Alaska's first Olympic swimming champion: “It is huge. A lot of big-name swimmers come from big powerhouse clubs, but coming from a small club and a state with such a small population shows that you can do it no matter where you are from.”