India vs England Test: This team will be our template going ahead in the series, says skipper Virat Kohli 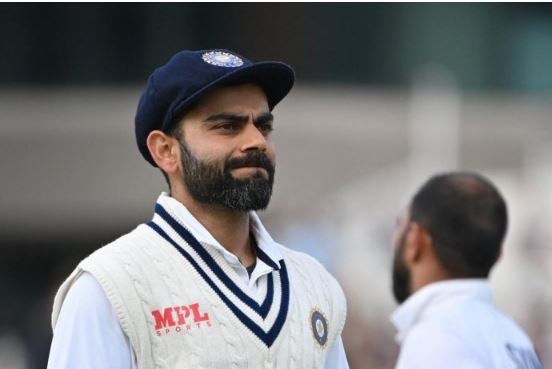 Nottingham: This team will be our template going ahead, Indian captain Virat Kohli said after the rain-marred opener against England ended in a draw on Sunday, meaning they will stick to the 4-1 pace-spin combination in the remainder of five-Test series.

So it will be a toss-up between Ravindra Jadeja and Ravichandran Ashwin in the upcoming four matches, with the former preferred for the first Test in which India were deprived of a victory owing to persistent rain that washed out the entire fifth day's play.

"We were expecting rain on days three and four but it chose to come on day five. It would have been enjoyable to play and watch, but it's a shame," Kohli said after the match.

"This is exactly what we wanted to do; start strong. On day five we knew we had our chances. We certainly felt like we were on top of the game."

India needed to score 157 runs on the final day but the rain did not allow a single ball to be bowled.

"Getting that lead was crucial, but it's a shame we couldn't finish day five. Getting to fifty overnight was important. We just didn't want to play for survival. Our intent kept us ahead. It's hard work of three odd weeks for our bowlers with the bat."

Kohli added, "We were talking of a lead of 40-odd but we ended up with 95 and those runs were gold dust."

"Most likely this will be our template in this series, but adaptability has been our strength. The conditions and the pace on the wicket needs to be seen, but this team will be our template. England and India have always been a blockbuster, and looking forward to the next Test."

As part of the new World Test Championship cycle, both India and England logged home four points each.

Only 250 plus overs out of a maximum 450 were possible due to the inclement weather. India, chasing a target of 209, were well-placed at 52 for one in 14 overs at the end of fourth day.

Though India had their nose ahead, English skipper Joe Root said rain marred "what would have been a very interesting final day".

"Great Test match to play in and watch as well. Sets up the series really well and hopefully we can take it into the next games. We certainly believed we could win. We knew we would have opportunities if we took our catches and kept our fields.

It would have taken an incredible bowling effort from England to stop India from scoring 209 runs despite the overcast conditions.

Root added, "Really relishing the opportunities in front of us. We have to deal with till the schedule changes and the setup changes. The experienced guys have it easier going from white ball to Test cricket, but the younger guys might not have that experience. It must be quite challenging for our youngsters, but that's no excuse."

About his hundred in the second innings, he said, "To finally get to my century was a relief given how I played throughout the day. I think India have a very good seam attack and credit to them for the way they bowled.

"I just wanted to put the pressure back on them with a few shots. Certainly feel full of confidence on the back of that."