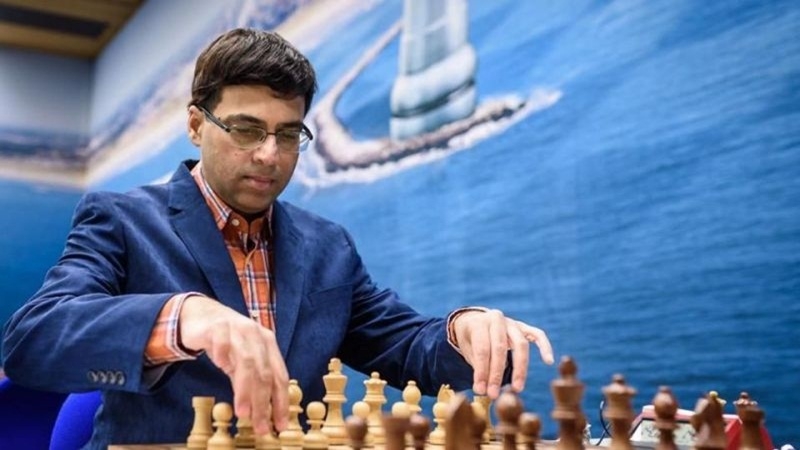 Kolkata: Viswanathan Anand drew with Ding Liren of China and Wesley So of the United States before going down to Ian Nepomniachtchi of Russia on the first day of Tata Steel Chess tournament here on Friday.

World champion Magnus Carlsen of Norway steered ahead of the rivals winning two and drawing one game and ended the day with five points overall as each of the rapid games are worth two points for a win and one for a draw.

With Carlsen surging ahead, Hikaru Nakamur of the United States emerged on the second spot with four points in all. Anand shared the third spot with Anish Giri of Holland, Ding Liren and compatriots Vidit Gujrathi and P Harikrishna.

The efforts of Harikrishna and Gujrathi were praiseworthy on the opening day as they both remained undefeated and pulled out three draws apiece.

Levon Aornian of Armenia, Wesley So and Nepomniachtchi shared the eighth spot on two points apiece with six rounds still to come in the rapid section of the super tournament, which will be followed by a blitz event that will last another eighteen rounds.

The event carries a total prize-pool of over Rs 1 crore.