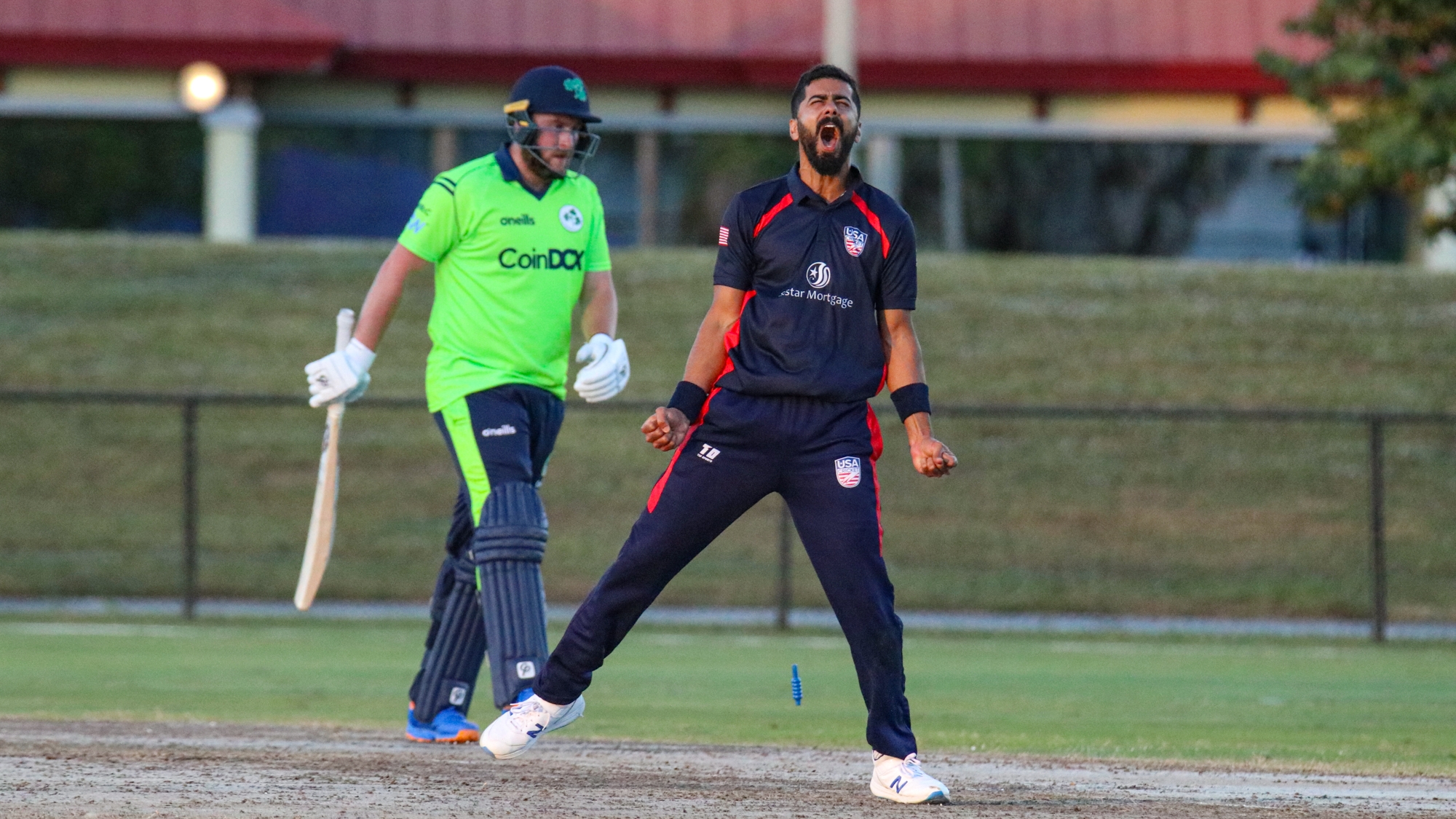 Former Mumbai and India Under-19 player Saurabh Netravalkar, pacer Ali Khan and left-arm spinner Nisarg Patel claimed two wickets apiece as the United States of America defeated Ireland by 26 runs in the first T20I of their three-match series here. This is the United States' first win against a Test-playing nation.

The USA rode on half-centuries by Gajanand Singh (65) and Sushant Modani (50) to post 188/6 on electing to bat first at th3e Central Broward Regional Park Stadium Turf Ground, Lauderhill on Wednesday. The bowlers then got into the act as Netravalkar, Ali Khan and Patel picked two wickets each for 26, 30, and 27 runs respectively as Ireland were restricted to 162/6 in 20 overs.

Monank Patel's United States of America side is off to a winning start in their T20I series against Ireland following a stunning fightback led by the lower middle-order.

Electing to bat first after winning the toss, USA's innings got off to a stuttering start when Monank (2) was caught behind off the second ball of the innings. He was the first of Barry McCarthy's four victims (4/30) for the day, with the seamer doing much of the damage in the Powerplay. McCarthy bowled Xavier Marshall (4) in his next over and dismissed Ryan Scott (8) in his third, while Simi Singh (1/27) contributed with the dismissal of Ritwik Behera (0).

It was from here that the USA fought back with Sushant Modani (50) and Player of the Match Gajanand Singh (65) putting on a 110-run stand that took the hosts to 126/5 when Singh fell to Ben White (1/36). It was a destructive innings from Singh, who belted five sixes and three fours in his 42-ball stay.

Marty Kain then picked up where Singh had left off, smashing an unbeaten 39 off 15 to propel the hosts to a big total.

Ireland's chase hit an early roadblock as captain Andy Balbirnie fell for four to Ali Khan (2/30), but Paul Stirling put them on course with a quickfire 31 off 15 before perishing in the fifth over to Saurabh Netravalkar (2/26).

Despite an unbeaten 57 from Lorcan Tucker, the USA managed to keep Ireland's batters under control from there, with each of Khan, Netravalkar, and Nisarg Patel (2/27) taking two wickets apiece.