Chasing the mammoth target, the Knights made 230 for 9 in 20 overs, losing the match by 41 runs

A world record 501 runs were scored in a South Africa domestic T20 match between Titans and Knights which also saw a slew of milestones being reached.

Invited to bat, the Titans posted 271 for 3 in their allotted 20 overs with opener Dewald Brevis scoring 162 off 57 balls with the help of 13 fours and as many sixes in the CSA T20 Challenge match on Monday.

The previous highest aggregate in a T20 match was 497 by Central Districts and Otago in the Super Smash in 2016-17. The 36 sixes by both teams in Potchefstroom are also the third most in a T20 match.

The 271 runs scored by Titans is the fourth highest by any team in men's T20s and most in South Africa.

Brevis' 162 is the third highest individual score in men's T20 after Chris Gayle's 175 not out for Royal Challengers Bangalore against Pune Warriors in the IPL in 2013 and Aaron Finch's 172 against Zimbabwe in 2018.

It is the highest score by a South African batter in men's T20 cricket.

Brevis needed just 52 balls to reach 150, the fastest by any batter in T20 cricket. The previous quickest was 53 deliveries by Gayle during his 175.

His strike rate of 284.21 during his knock is the fifth-highest during a century in men's T20 cricket and the highest for any T20 hundred in South Africa.

He reached his century in 35 balls, the joint fifth-fastest in T20 cricket and joint second-fastest T20 hundred by a South African. 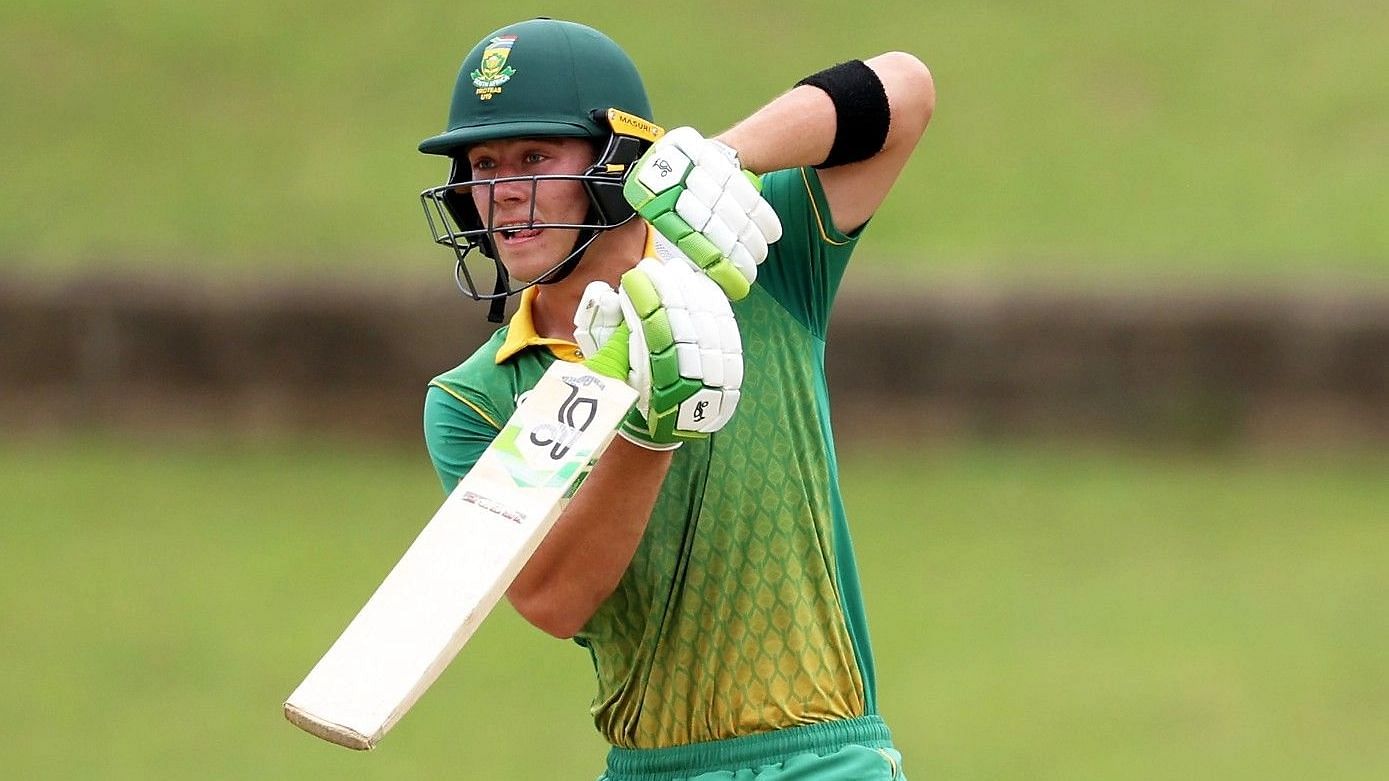