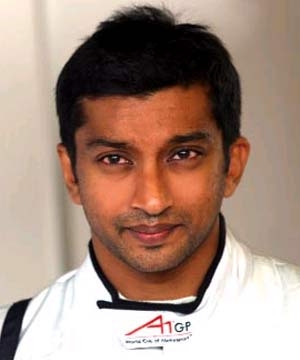 Mumbai: India’s top racing driver Narain Karthikeyan says performing well at the Super Formula would be highly challenging, considering the competitive field in the series, starting next month.     “I was looking at options. One was to go to Indycar in America. I heard there were new cars coming to Japan and decided to go and test them in December.

I was fastest in testing in December in Fuji and then the team invited me again in January and it went really well,” said the ex-Formula One driver, who is being supported by Tata Group.

“The cars are really fast so I decided on this championship. There are several (former) F1 drivers driving here so it’s a very tough competition. It will be quite a challenge,” he told reporters here.     “I am comfortable in the car. We would like to have had more testing in dry conditions. But it wasn’t to be.

On the last day of testing in Fuji, I was fourth fastest which is not so bad. It’s going to be very competitive and challenging.” Karthikeyan will drive for Team Impul Hoshino Racing and said with new cars this year, the format should be on par with the glamorous Formula One in terms of speed and times clocked.

“(I was) Pleasantly surprised that we have a new car this year, the Dallara SF 14, 2.0 litre engine. Compared to Formula One last year, we were three seconds off in similar tyres.”      -PTI