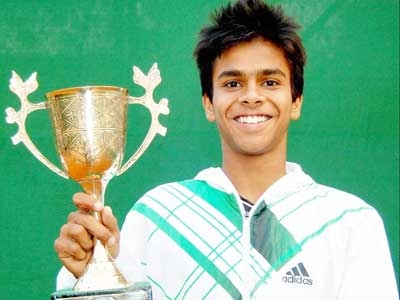 Suddenly from obscurity, the 17-year-old became the talk of the town, being mentioned on front pages of national dailies. Sumit had also entered the boys’ singles competition. However, he was ousted from the first round, losing to Argentinean Juan Pablo Ficovich in three sets. The teenager was born on August 14, 1997, in Haryana’s Jaitpur before moving to Nangloi in the national capital. “Towards the end, the net stopped working when Sumit was 5-4 up. I was wondering why is it taking so long to update. I was nervous about the score and after two minutes there was a tick against his name, I understood he has won. Everyone was elated and we were all hugging each other and we were flooded in the night by media calls,” sister Sakshi Shokeen said. “Sumit is a (Novak) Djokovic fan and Djokovic also won this Grand Slam. So I dream that he also achieves this (men’s singles title). We want him to become World No.1 one day.”

Sumit got his moment with destiny as he caught up with his idol Djokovic of Serbia, and posted a photograph of the two posing together on Twitter. He also met the latest women’s singles champion Serena Williams. —IANS