Spirited 2nd round by Aditi, makes cut at Volvik LPGA 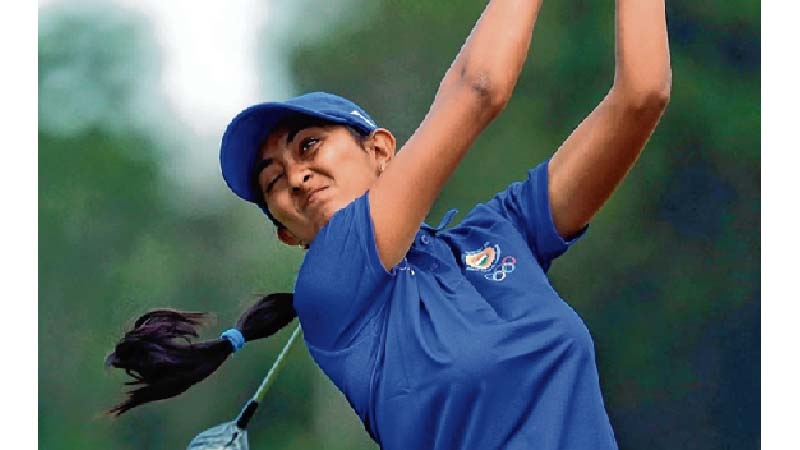 Ann Arbor (US) : Aditi Ashok had an eventful round with no less than six birdies and four bogeys as she ended the second round with a fine two-under 70 to make the cut at the LPGA Volvik Championship here.

Her exploits of the day carried her up to Tied-44th, up from overnight Tied-56th at the Travis Pointe Country Club here.

Aditi, who shot 71 in the first round had a far better day when the conditions were also somewhat better than the first. She found 11 fairways, one better than the previous day and had 14 greens in regulations as compared to 11 a day earlier. If only the putter had done the bidding, she may well have saved a shot or two more.

Aditi had a rough bogey-bogey start but she quickly recovered and found her rhythm with four birdies in next six holes and turned in two-under 34.

On the back nine, she bogeyed 10th and 12th but birdied 14th and 18th to finish with a 70. The 19-year-old Indian golfer birdied all four par-5s and that was the key to her scoring.

She will now play the third round with the experienced and charismatic Christina Kim (71-70), a three-time winner on LPGA.

At the top, Sung Hyun Park, whose nickname is ‘Shut Up and Attack’ carded a 7-under par, 65 to take a two-stroke lead into the weekend.

Park sits at 12-under par through 36-holes, ahead of Suzann Pettersen and Minjee Lee at 10-under par. Lizette Salas, Cydney Clanton, Shanshan Feng, Sarah Jane Smith and Jennifer Song are tied for fourth at 9-under par.

The cut line fell at 1-under par, a line So Yeon Ryu hovered around throughout much of her second round. Ryu currently owns the longest running active cut streak on Tour, dating back to 2014. Ryu made the cut on the number to keep her streak alive.