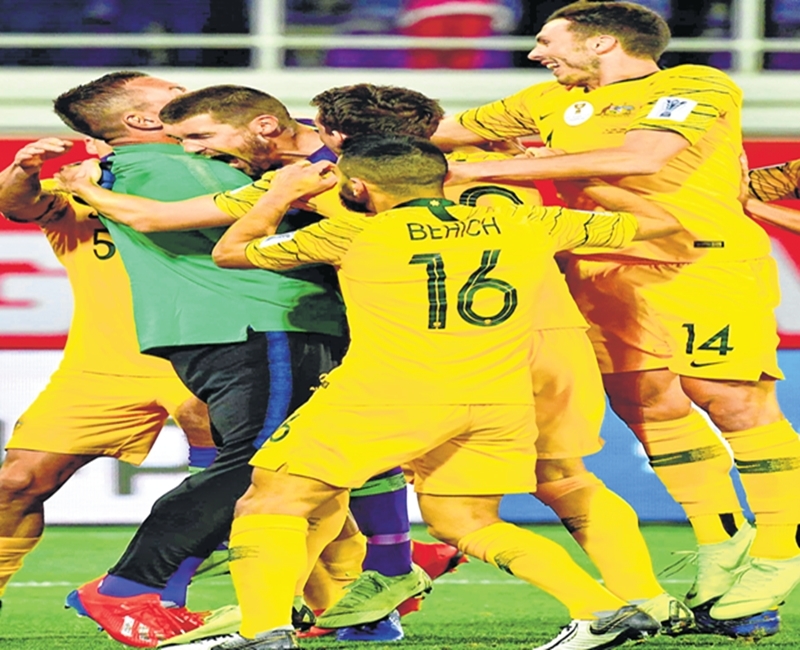 Al-Ain: Maty Ryan was the hero for Australia as the defending champions edged through to the quarter-finals of the AFC Asian Cup UAE 2019 on Monday evening with a 4-2 win over Uzbekistan in a penalty shootout. Ryan kept out spot-kicks from Islom Tukhtakhujaev and Dostonbek Khamdamov to leave Mathew Leckie to score the winning penalty that took Graham Arnold’s side into the next round of the competition.

Neither side had been able to find the back of the net during the previous 120 minutes, leaving Ryan to provide the heroics for his team, who now face either the United Arab Emirates or Kyrgyz Republic in the next round. The win was no less than the Australians deserved in game that saw Arnold recall Trent Sainsbury following his suspension while Hector Cuper’s Uzbekistan team featured five changes from the team that lost 2-0 to Japan, with veteran midfielder Odil Ahmedov among those recalled.

The match started with Eldor Shomurodov’s change of pace leaving Sainsbury flat-footed in the penalty area, only for Ryan to deny the Russia-based striker’s effort when in on the Australian goal. Two minutes later Aziz Behich tried his luck from outside the area but his low shot caused Ignatiy Nesterov few problems as the Uzbekistan defence successfully kept the Socceroos at arm’s length.

Uzbekistan were shading the battle for control as they successfully stifled Australia’s threat in the final third and threatened on the break. Two minutes before the half hour mark they went close again as Javokhir Sidikov let fly from distance, the ball going narrowly wide of Ryan’s right post. With the 90 minutes finishing goalless, the game went into extra-time and Australia’s frustration continued as Chris Ikonomidis, Leckie and Rogic all failed to break the deadlock for the defending champions, leaving the game to drift towards a shootout.