FIFA on Monday came under severe critisism after the governing body posted a video of a woman wearing hijab in a preview clip of the World Cup match between England and Iran on Monday.

In a video shared by the football governing body's official Twitter handle, a women with a Iranian flag painted on her face is seen wearing a hijab.

The protest comes after Mahsa Zhina Amini, a young Kurdish-Iranian woman, was arrested by Iranian police for not wearing a hijab, her brother was told she'd be detained for a few hours and released.

Three days later she was dead.

Iran's notorious morality police', whose job it is to make sure women wear veils in public, have been accused of beating Amini, 22, so badly she went into a coma within hours of her arrest and had to be taken to hospital, where she died.

Amini's death sparked the largest protests seen in Iran since the foundation of the Islamic Republic of Iran. Hundreds were killed as thousands marched through the streets telling Iran's supreme leader and the regime itself 'to get lost'.

Iranian females took to social media to voice their protest.

Shame on you this is not how Iranian women look like, they are forced to have hijab, and also right now Iranians are fighting for they freedom and are get killed by the government, so good lock England I hope you win against Iran regime team not people team 😡😡😡😡

Women in Iran are fighting against the force hijab with their lives on the line and hundreds of people were murdered by the government only in the past two months during the #Mahsa_Amini protests, and then this is how FIFA demonstrates Iranian women: https://t.co/dsJLeayr2L pic.twitter.com/lhZthuJBnm 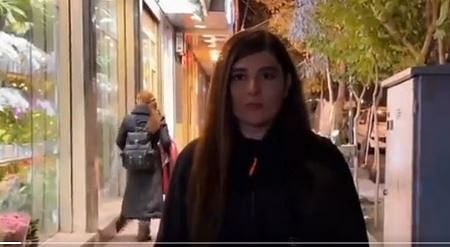