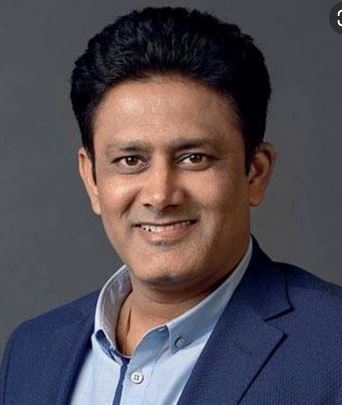 Mumbai: Spin legend not interested in the job n Coaching track record in IPL and past fallout with Virat being held against him n BCCI in search of foreign coach

The BCCI is now in search of a foreign coach as some board officials are not convinced with the idea of bringing Anil Kumble back.

“Well, neither Kumble wants to return, nor BCCI officials, other than president Sourav Ganguly, are interested. The board is looking for a foreign coach now. Kumble knows that he will have to face the same old team members (Virat Kohli and others in the team), then why would he return? While Ganguly has recommended his name, other officials are not in agreement with him,” a highly-placed source told agencies.

“VVS Laxman too will not be able to get the post. However, there's still a month left, so let's see if there is a change of mind. Also, look at Kumble's record as coach, it is not that impressive. See what is happening with Kings Punjab in IPL,” he added.

It is learnt India's batting coach Vikram Rathour is also planning to apply for the coach's role. After the reports emerged, that BCCI was looking to recall Kumble to the coaching fold, sources had told agencies that the legendary spinner might not accept the offer and that the post may go to some foreign recruit. Kumble was coach of the team before he decided to step down in 2017 after reports emerged of differences with Kohli.

A fallout with Kohli led to Kumble tendering his resignation after the Champions Trophy final defeat against Pakistan.

Appointing Dhoni as mentor not aimed at undermining anyone: BCCI

New Delhi: One year since he retired from the game, MS Dhoni will once again be seen in India's change-room next month. However, in a different role.

Dhoni was named India's mentor for the T20 World Cup, and it was widely held the move was aimed at keeping a leash on Virat Kohli.

However, BCCI treasurer Arun Dhumal said, “He (Dhoni) has been a great leader. Under his captaincy, India won the inaugural World Twenty20, the 2010 and 2016 Asia Cups, the 2011 World Cup and the 2013 Champions Trophy. His records are amazing. It is really great to have him as a mentor of the team (for the ICC World Cup).

“He has a good reputation and enjoys the team's respect. Bringing him doesn't mean undermining anybody,” Dhumal was quoted as saying.