Sea View triumph as girls have all the fun

Mumbai: Sea View Sports Club, Bandra, emerged triumphant as girl’s had all the fun in the sun during the inaugural edition of the Karnatak Sporting Association (KSA) ‘We Can Do It Too’ Women’s Football Championship – 2014. The young and not so old ladies let their hair down and enthusiastically kicked around in this KSA organised event exclusively for the ‘fairer sex’ in celebrations of the ‘International Women’s Day’. 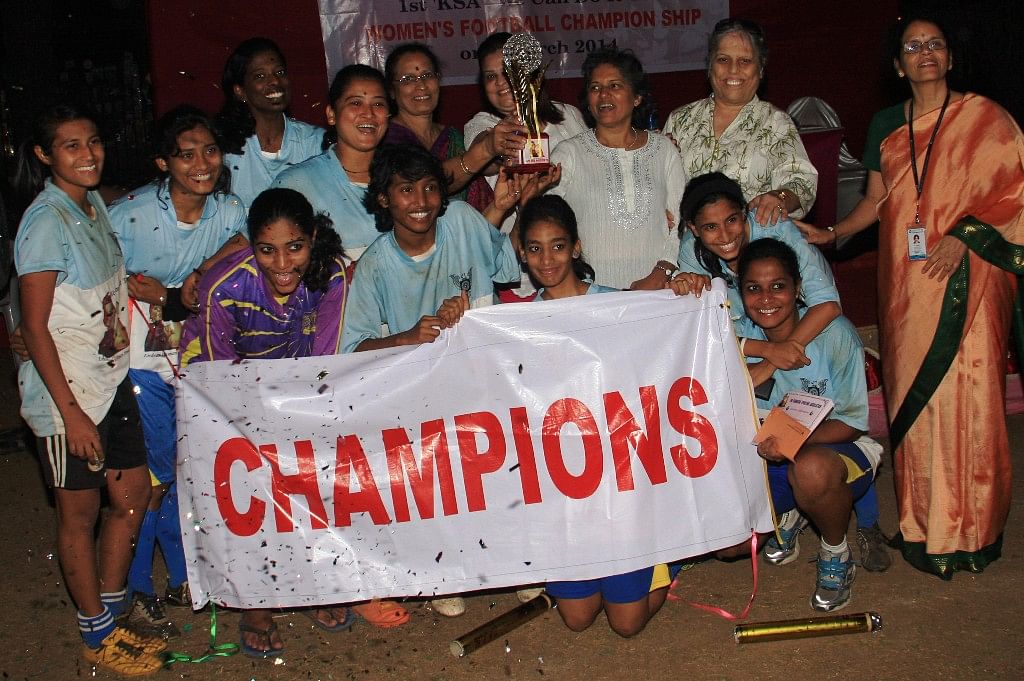 Meanwhile, Jennifer Peter, one of the most experienced players in the Sea View side, was the toast of the day. She played a vital role in leading Sea View to a 2-1 victory against Bandra Packers in a tense final, which was decided via the penalty shootout, at the KSA ground, Cross Maidan. The scores were locked goalless at the end of regulation period.

In the ensuing tie-breaker Sea View converted through Neha Ture and Jennifer while Lian Mathews attempt was saved by Packers’ stand-in ’keeper Shreya Yadav. On the other hand, only Laura Estibeiro managed to find success for Packers. Shreya’s try was saved by Jennifer and a nervous Tracy Gonsalves blasted way over the crossbar to hand Sea View the title.

The versatile Jennifer, who also put on the goalkeeper’s gloves in the crucial penalty shootouts, was later named as the ‘player of the tournament’ for her exploits and having scored six goals. Juhi Shah and Neetu Masih, both Bodyline players, were named as the ‘best defender’ and ‘best goalkeeper’ respectively.

Earlier in the semi-finals, Sea View defeated Kenkre FC 2-1 via the tie-breaker and Bandra Packers overcame Bodyline FC by an identical 2-1 margin, also via the penalty shootout.Chief Guest, Olympian Eliza Nelson, captain of the Indian women hockey team that won the Gold medal at the 1982 Asian Games in New Delhi, presented the winner’s trophy and a cash of Rs 15,000 to the Sea View players. Former Indian women cricket captain Diana Eduljee awarded the runners-up trophy and a purse of Rs 10,000 to the Bandra Packers team.

HomeSportsSea View triumph as girls have all the fun