SC for Gavaskar as Board chief, suggests barring CSK, RR from IPL 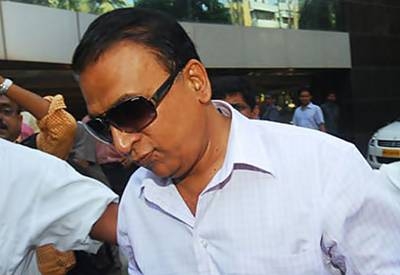 New Delhi: The Supreme Court Thursday proposed the name of former India captain Sunil Gavaskar to replace the incumbent Narayanaswami Srinivasan as the BCCI head and suggested that Chennai Super Kings and Rajasthan Royals be kept out of the seventh edition of the Indian Premier League (IPL) that starts April 16.

Gavaskar said he was ready to become interim president of the Board of Control for Cricket in India (BCCI) as proposed by the Supreme Court.

“Mr. N.Srinivasan is innocent till proven guilty. I cannot pass an opinion on what Supreme Court feels as I am not a legal man. But as an opener I am ready for any challenge,” Gavaskar told NDTV.

Gavaskar said that if the apex court is reposing faith in him he should be able to carry out his role.

“If the highest court is reposing this faith in me, I’ll be happy to do what they tell me to do. As an opening batsman, you must be ready for all kinds of challenges. Will do everything to the best of my abilities,” he said.

Gavaskar also said that he was ready to forego his lucrative contract with the BCCI as a commentator if he was asked to take the top post.

“I am ready to give up my contract if I am asked to do so by the Supreme Court,” he said.

BCCI vice president Ravi Sawant also Srinivasan should never have been allowed to buy an IPL franchise in the first place.

“Srinivasan shouldn’t have been allowed to buy an IPL franchise. There is a definite conflict of interest there,” Sawant told NDTV.

“If the court passes an order, we will abide by it. They proposed the name of (Sunil) Gavaskar, but who will become the president of the BCCI, that will be decided in our General Meeting according to our constitution,” said Sawant.

An apex court bench of Justice A.K. Patnaik and Justice Fakkir Mohamed Ibrahim Kalifulla suggested that in the intervening period, the affairs of the BCCI maybe be looked after by Gavaskar or any other player of his eminence.

The court also suggested that any India Cements staffer currently involved with the IPL should be kept away as well. The company, which owns Super Kings, is headed Srinivasan and has India captain Mahendra Singh Dhoni as its vice president.

The court was told that excluding the Super Kings and Rajasthan Royals would disturb the format of IPL matches and also Srinivasan’s counsel said he should be heard before any order is passed.

The court, in response, said that it will hear him out but would still pass an interim order Friday. The court then adjourned the hearing, which lasted for two-and-a-half hours.

At the outset of the hearing, BCCI senior counsel C.A. Sundaram handed over a proposal to the court which said that Srinivasan would voluntarily step down as president of the national cricketing body till a fair probe is done.

The BCCI also proposed that someone else would take over as the interim president and suggested a time-bound probe into the allegations involving, besides others, Srinivasan’s son-in-law Gurunath Meiyappan.

Justice Patnaik said that: “You (Cricket Association of Bihar) argue your case. Let them (BCCI) argue their case. We will think very hard what can be done.  Whatever order we will pass will be in the interest of the cricket.”

Initiating the arguments for petitioner CAB, senior counsel Harish Salve told the court that Srinivasan was in the cricketing body wearing different hats. At one point he was the member of BCCI in his capacity as Tamil Nadu Cricket Association’s (TNCA) head, then in different capacities as office bearer of the national cricketing body also Indian Cements owning the franchise of Chennai Super Kings.

Salve said that Justice Mukul Mudgal Committee report should not be left to BCCI for taking action but should be investigated further. He said that the “report conclusively shows that the conflict of interest in action and cover up is writ large.”

Salve took the court through the material on record, pointing to how the activities of Meiyappan were sought to be camouflaged behind the cover of his being a “cricket enthusiast”. He said that efforts were made to erase his other activities when the lid was blown off.