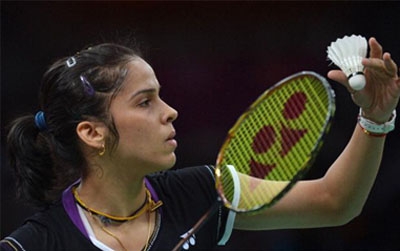 Dubai : After a much-needed rest following a feet injury, Saina Nehwal will look to continue her rampaging form, while Kidambi Srikanth would be hoping to carry on his confidence from Indonesia Masters when the Indian duo face the best in business at the BWF World Super Series Finals starting, here today. London Olympic bronze medallist, Saina was left nursing her achilles tendon after her runners-up finish at the China Super Series Premier last month. Saina, who next missed the Hong Kong Open and had to race against time to get to full fitness, will face Japan’s Nozomi Okuhara in her opening Group A women’s singles match at the Hamdan Sports Complex today. “It is always difficult to fight with the top players in badminton. I will give my best to show my performance,” said Saina, who had to undergo a scan to diagnose her Achilles tendon problems and was prescribed rest.

Srikanth, meanwhile, has been blowing hot and cold this season as he won the Swiss Open and India Open early in the season before stumbling on a rough patch where he made many early exits. But the 22-year-old from Kuntur has finished runners-up last week at Indonesia Masters Grand Prix Gold and would look to carry on the form when he faces Japan’s Kento Momota, a formidable rival against whom he has a 3-3 record. “It has been a difficult season in the second half. I hope to do well in the season-ending event,” said Srikanth, who lost to Tommy Sugiarto in the finals of Indonesia Masters Grand Prix Gold last Sunday. The 2011 finalist, Saina has a 4-0 record against Nozomi, having beaten her twice this season at the Badminton Asia Championship in April and China Open last month.

The 25-year-old, who reached the finals of All England, World Championship and China Open, has been clubbed with World No. 1 Carolina Marin of Spain and Tai Tzu Ying of Chinese Taipei in Group A. Saina has a 5-5 head-to-head record against Ying but she had lost to her in their only meeting this year at the Asia Championship, while she lost twice to Marin at the All England and World Championship. In men’s singles, World No. 9 Srikanth will be up against Chinese Taipei’s Chou Tien Chen and Denmark’s Viktor Axelsen during the Group B round-robin matches. Srikanth had beaten Chou at the Hong Kong Open last year, while against Axelsen, he has a 2-0 record.

‘Hope to give a tough fight’

Dubai: After a final appearance at the China Super Series Premier, Saina was left nursing an achilles tendon and had to skip the Hong Kong Open last month and the World No. 2 said she is keeping her expectations low. “I’ve been undergoing physiotherapy for the last three weeks and I feel I’m in good shape, but you never know. I’m not expecting big results because of the injury which I had in China. I just want to give my best,” said Saina, who will take on Japan’s Nozomi Okuhara.