Ryder Cup Golf: Johnson is the first American since 1979 to go 4-0 in team play 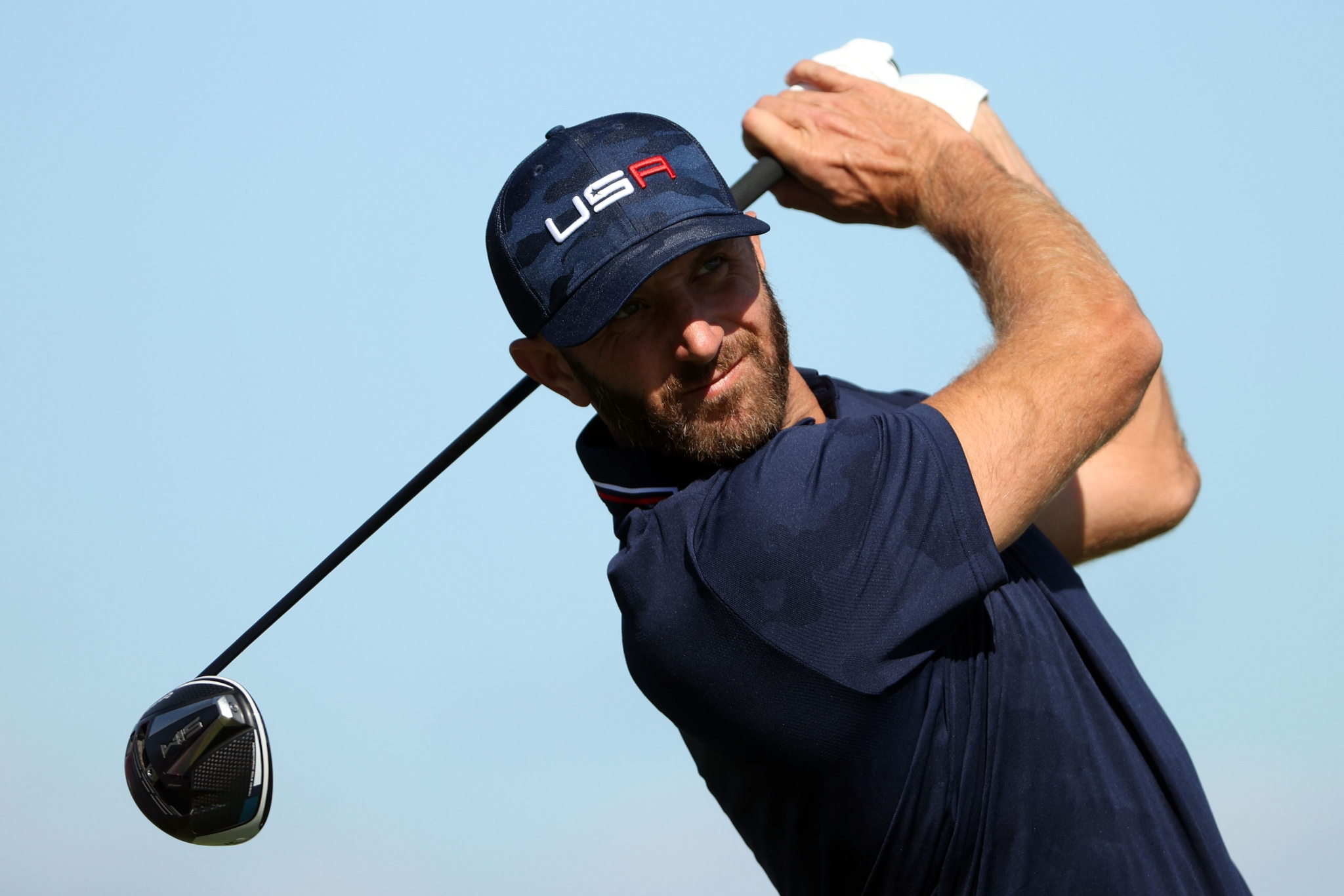 Shebogyan (US): Dustin Johnson helped the United States take a commanding lead in the Ryder Cup by doing something no American golfer has accomplished in over four decades - sweeping all four of his team matches.

Johnson went undefeated over two days at Whistling Straits to help the US lead Europe 11-5 heading into Sunday's singles matches. He's the first American since Larry Nelson in 1979 to go 4-0 in team play.

"Everything's been working for Dustin," said Collin Morikawa, who teamed with Johnson on three of

The 37-year-old Johnson is the oldest player on a young U.S. roster and has provided occasional guidance to a team featuring six Ryder Cup rookies. Johnson entered this week with a 7-9 record in four previous Ryder Cup appearances.

"We are all close, so we all talk

and share our experiences, especially guys who have played in them," Johnson said.

"Yeah, I've definitely talked to (teammates), especially all the guys who haven't played before."

But the best way he's led is by example. He teamed up with Ryder Cup rookies in each of his victories.

This represents a dramatic turnaround from his last Ryder Cup appearance. Johnson went 1-4 three years ago when the US lost 17 1/2-10 1/2 outside of Paris.

"The golf course suits me a little bit better here than Paris, for sure,"

"But yeah, I mean, that's just how

A singles victory over Casey on Sunday would enable Johnson to match the accomplishment of Nelson, who beat Seve Ballesteros in singles to finish 5-0 while leading the US to a victory in 1979.

Johnson's teams never trailed in any of his last three matches. Johnson and Morikawa won the first three holes in their Saturday morning match and were up four through 10 holes. When the lead dropped to one, they won the 15th hole to regain control.

In their afternoon match, they broke a tie and pulled ahead for good by winning three straight holes from

Johnson's contributions have gone beyond those four victories. Morikawa says Johnson also has provided leadership to the guys without as much Ryder Cup experience.

"He's the oldest guy on our team, and it's a very quiet leadership, but he makes his presence known. When he needs to say something, he says something."

Johnson may feel the need to say something before Sunday's singles matches. He was on the 2012 US team that blew a 10-6 lead in the final day of competition as Europe rallied to win 14 ½-13 ½ at Medinah.

He wants to make sure the US

doesn't squander a even bigger advantage this time.

"We've still got to go out, and everybody needs to play well."