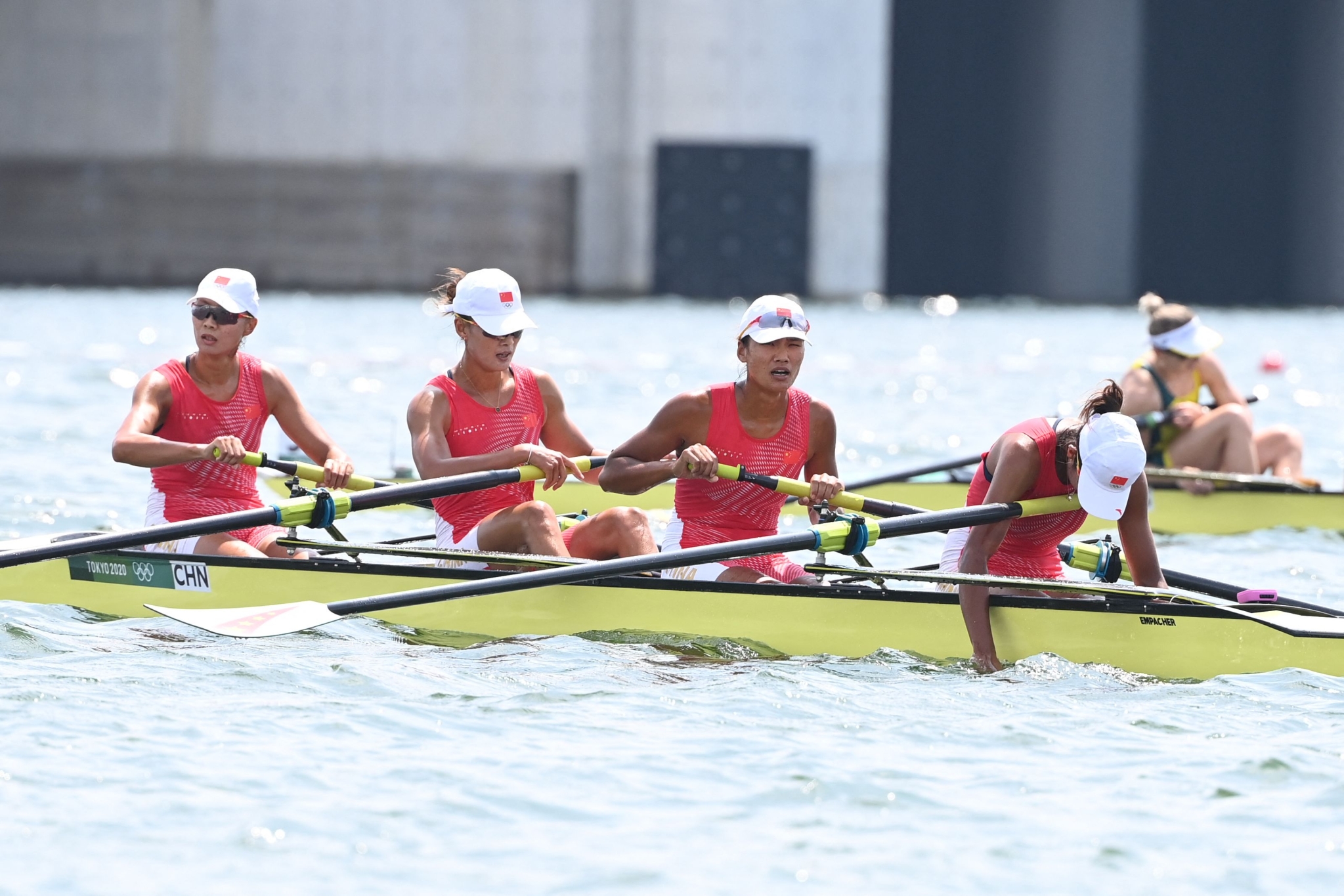 China's rowers react after competing in the women's four final during the Tokyo 2020 Olympic Games at the Sea Forest Waterway in Tokyo on July 28, 2021. | Photo by Charly TRIBALLEAU / AFP

China has wrapped a record-setting first day of rowing finals by smashing the world record in women's quadruple sculls and winning gold.

The Chinese boat finished in 6 minutes, 0.13 seconds and shaved nearly two seconds off the previous mark set by the Netherlands in 2014. The race was never close. Poland won silver more than 6 seconds behind the Chinese. Australia won bronze for that country's fourth medal of the day.

Windy conditions produced a strong tailwind for the rowers at Tokyo's Sea Forest Waterway, and new world or Olympic records were set in each of Wednesday's six medal races.

The Netherlands have set a new world record in men's quadruple sculls with a sprint over the final 500 meters to win the gold medal.

The Dutch boat was fourth after the first 500 meters but had closed to second by the next marker. A late push overtook Great Britain for the lead.

Great Britain then held off a late charge by Australia to win silver. Australia's bronze was the country's third medal of the day after winning gold in men's and women's four.