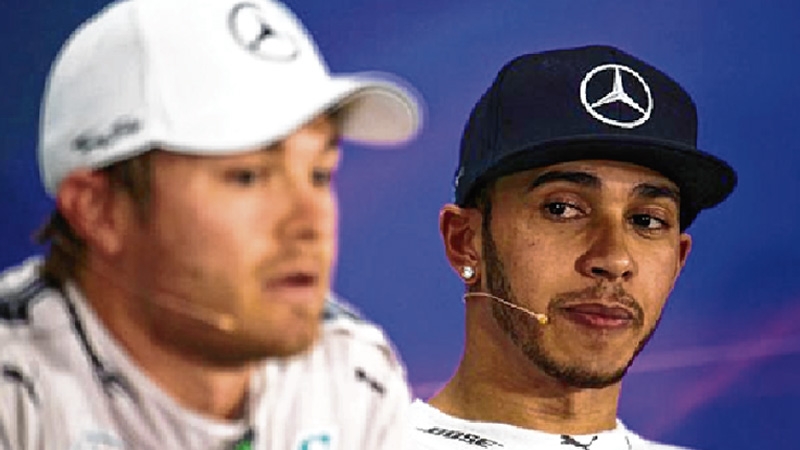 Johannesburg : Former Mercedes driver Nico Rosberg has said that he lost the Formula 1 title three times in his head during the Abu Dhabi Grand Prix.

Rosberg finished second in the Abu Dhabi Grand Prix which was enough to hand him his first world Formula 1 title in November. However, the next week, the German shocked the motor sport world by announcing his retirement at the age of just 31.

“In Abu Dhabi I lost the title three times in my head,” Sport24 quoted Rosberg as saying when he was made a member for life of the Automobile Club de Monaco.

“Especially when my engineer told me I had to overtake ‘Mad Max’ (Verstappen, the young Red Bull driver), that’s not what I wanted to hear because if there is a driver hard to overtake, it’s him.” “That was one of the most intense moments of my career, with lots of adrenaline,” he added.

Rosberg needed at least a third-place finish to secure the crown, but his Mercedes teammate Lewis Hamilton slowed down deliberately to allow Verstappen and Sebastian Vettel catch Rosberg.  The British ace twice ignored an order to speed up in his duel in the desert with Rosberg in a bid to snatch a fourth drivers’ crown.

The Briton’s tactics caused an unwelcome headache for the Mercedes hierarchy in the pit lane, and even led executive director Paddy Lowe to radio Hamilton in an effort to speed him up.

Mercedes team bosses made it clear they were unhappy with Hamilton’s tactics, but Rosberg was more understanding.

“I did not know what my dear team-mate had in mind, he started driving like a grandma in front of me,” said Rosberg.

“But he was smart – he was slowing down in portions where I could not overtake him, and he was fast going to those where overtaking would have been possible,” he added.

I should be consulted: Hamilton

Mercedes driver Lewis Hamilton has insisted that his team must consult him on who would replace recently-retired world champion Nico Rosberg next season before also warning them against signing big names like Fernando Alonso.

While Mercedes considered Williams’ driver Valtteri Bottas as their preferred choice to replace Rosberg, the team’s head of motorsport, Toto Wolff, said that Hamilton’s former McLaren team-mate Alonso would be an appropriate choice.

“Basically, once they’ve dwindled it down to five drivers, or whatever it is, the shortlist, contractually they have to discuss with me,” the Guardian quoted Hamilton as saying.

Referring to Alonso and Ferrari’s Sebastian Vettel, Hamilton said he is not worried of driving against any of them, but insisted that they would probably not be the best choices for the team.