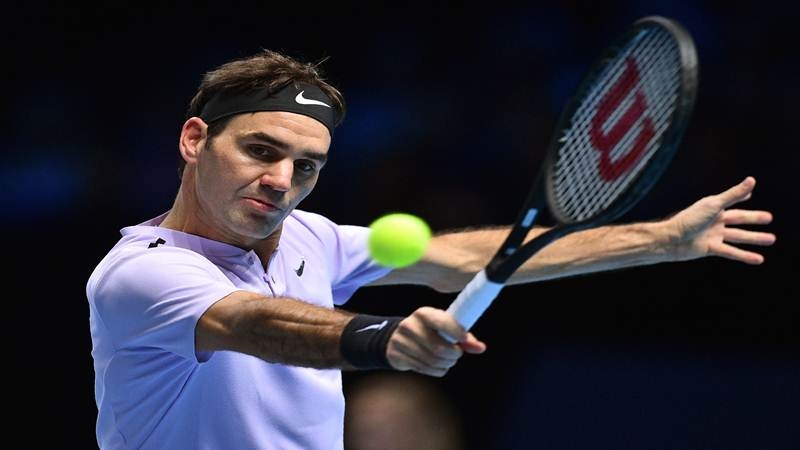 The top seed, unbeaten in Basel since 2013, is an eight-time winner of his home event and will next play Frenchman Gilles Simon, who defeated Latvia’s Ernests Gulbis 7-6 (7/4) 7-6 (7/0). Federer admitted he was not satisfied with his slow start, going down a break in the third game.

“I didn’t really get into the game. It’s been a long time since I’ve played a match a match without being broken. I have to improve in the next round.”

The 37-year-old ranked third in the world, trailed to the early break but soon recovered for 3-all in the opening set. He then broke for 5-3 before closing out the opener in 27 minutes.

The second set stayed on serve until a fifth double-fault from Struff, which opened the door for Federer to move 6-5 ahead. Moments later, the 20-time Grand Slam champion served out a 41st victory of the season with a volley into the empty court on his first match point.

“It was a lot of rocky starts, I had to clean up my game, I’m happy about that,” Federer said.

“There were a lot of quick points – one or two shots max. There was no rhythm, it was a sprint on the majority of points. I did a little better than him I guess, that was the goal for today.”

Fourth seed Stefanos Tsitsipas dominated Peter Gojowczyk 6-3, 6-1 to line up a quarter-final with one of his toughest NextGen rivals.

The Greek will face Russian Daniil Medvedev, who defeated Italy’s Andreas Seppi 7-6 (7/5), 6-2 in their second-round encounter. Medvedev owns three titles this season from Sydney, Winston-Salem and last month in Tokyo. He has also defeated last week’s Stockholm champion Tsitsipas in two meetings this season, in Miami and the US Open. Tsitsipas made his trophy breakthrough at the weekend in Sweden with his first career title.

“I’m playing well,” said 16th-ranked Tsitsipas. “I think the rivalry between the young guys right now maybe even stronger than that of the big names.

“We all want to get to the top sometime, we always want to do better than the other guy.”

Tsitsipas, 20, is the youngest player in the ATP Top 20, and the first Greek to win an ATP title. He also reached his first Masters final in Toronto in August before losing to Rafael Nadal.