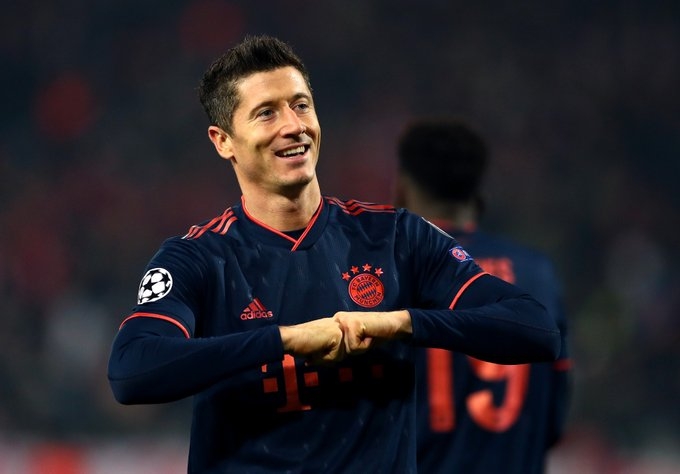 With 34 goals to his name in Bundesliga, Bayern Munich striker Robert Lewandowski now aims to become the top scorer in both domestic league and the European Champions League this season.

In Bayern's last game against Wolfsburg, the Polish striker scripted his name on the scoresheet in a 4-0 victory.

With that goal, he became the highest scorer across the five major leagues this season.

In Serie A, Lazio's Ciro Immobile and Juventus' Cristiano Ronaldo have 28 and 23 goals to their name, respectively. Leicester City's Jamie Vardy tops the Premier League with 19 goals.

In the Champions League, the 31-year-old striker has scored 11 goals. Ronaldo and Messi, on the other hand, have scored two each.

Bayern has one foot into the quarterfinals after trouncing Chelsea 3-0 at home, which means Lewandowski is likely to play at least two more games.

Lewandowski has another advantage: the quarterfinals and semifinals of this season's Champions League have been cut to one-leg as the COVID-19 pandemic hit the continent. So his competitors will have fewer games to score goals compared with before.

Lewandowski's teammate Serge Gnabry also has an opportunity to compete for the top scorer in the Champions League with six goals. Still, Lewandowski has a better chance for his central forward position, his excellent form and firing rights in the penalties, the Poland talisman will leave little space for his pursuers.